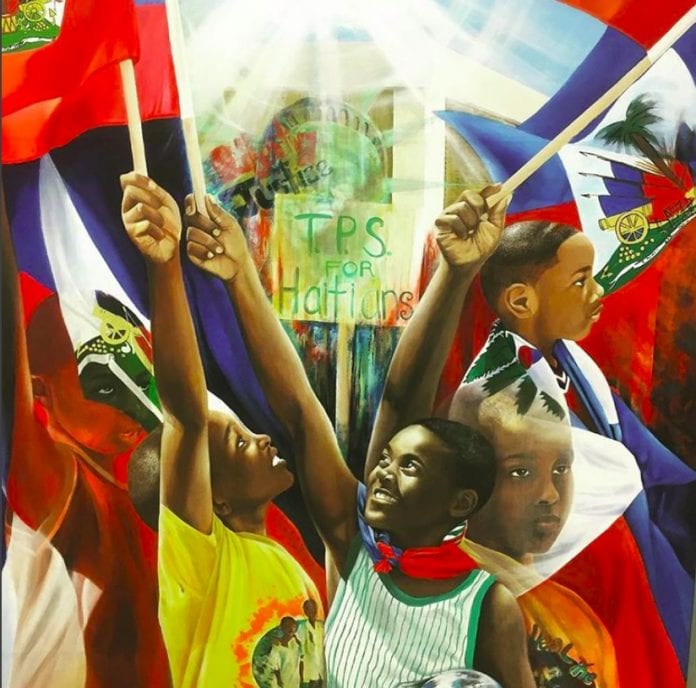 A federal trial begins on Monday, January 7, to protect more than 50,000 immigrants and their families from being forcibly separated by deportation.

Haitian immigrants affected by the termination of the Temporary Protected Status (TPS) program will gather with members of the Haitian community, allies including elected officials, faith leaders and immigration advocates, in front of the federal courthouse in Brooklyn on Monday January 7, the first day of a trial challenging the Trump Administration’s termination of the program last year.

The end of the program puts more than 50,000 immigrants and their families at great risk if they are forced to return to Haiti.

The case, Saget et al v. Trump, is the first trial to challenge the government’s unlawful termination of TPS and the Trump’s administration’s record of racial hostility against immigrants, particularly Haitians.

Plaintiffs in the suit argue the Trump administration’s decision to terminate TPS status for Haitians was unlawful and unconstitutional, and motivated by President Trump’s public racial animus towards Haitians and other immigrants of color.

Experts on the conditions in Haiti, and former DHS officials are scheduled to testify at the trial about why these immigrants should not be deported to Haiti and about documented racial attitudes within the agency.

Saget et al v. Trump is one of five lawsuits currently in the courts fighting against the separation of TPS holders and their families.