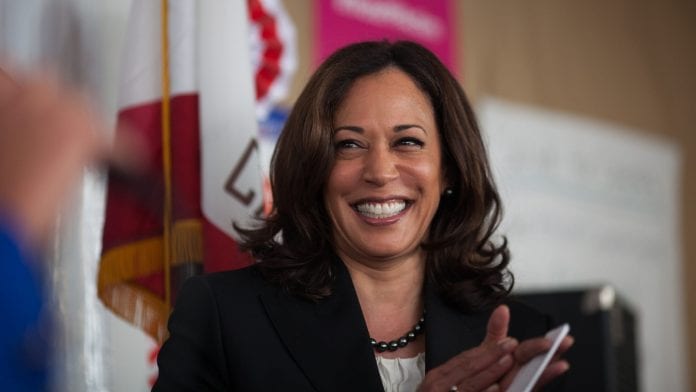 Several Caribbean musicians will celebrate Jamaican-American, Kamala Harris, the Vice President-elect of the United States before she is officially sworn-in.

The well-known show band Fab 5 and popular 90s deejay Flourgon will join other artists from the Caribbean to perform at the Vice-President elect’s virtual inauguration party.

The event, which is still being planned by the Caribbean American Action Network (CAAN), will take place on January 17.

The CAAN, which is part of the Caribbean American and Caribbean organizations, said they wanted to take part in the event to celebrate Harris’ heritage. Her father is of Jamaican roots.

Frankie Campbell of the Fab 5 spoke to the Jamaica Observer and explained more about why the band is happy to be a part of the event. He described the opportunity as an honor. He also shared about how they were recruited.

“The group organising the event reached out to us and we were absolutely delighted to be part of this celebration after all Kamala Harris is one of us. We will be preparing a video and contributing it to the event,” he said.

He added that it was an incredible feeling to be considered and then “to be asked to perform for the soon-to-be vice-president of the US is a big thing and we look forward to it,” said Campbell.

Other representatives from the Caribbean include Barbados’ soca star, Edwin Yearwood, Guyanese Menes De Griot, and Shanto and Vincentian Frankie McIntosh. Trina Parks, the first black woman in a James Bond movie, will co-host the event. She also has a Caribbean heritage as her mother is from Barbados, and her grandparents hail from Antigua.