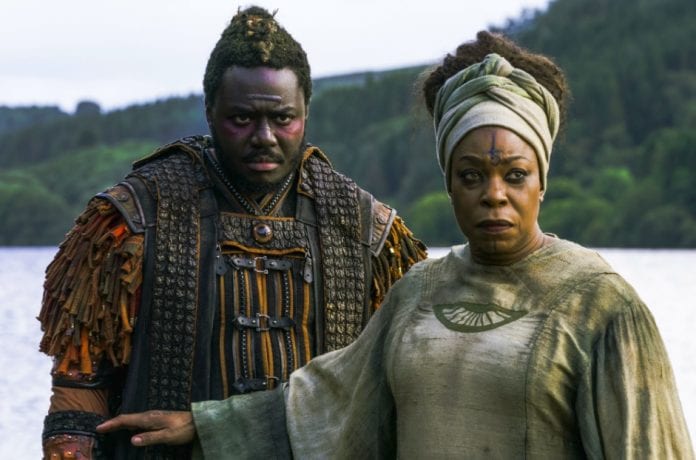 Trinidad-born actress, Lorraine Toussaint, is set to return in an AMC series. Toussaint, 57, returns to season 3 of “Into the Badlands” , which blends an apocalyptic setting with mystical martial-arts tropes.

Into the Badlands Season 3 will arrive on Sunday, April 22nd at 10 p.m., with a larger order of 15 episodes this time around.

Toussaint will play Cressida, described as the “self-styled Prophetess and mentor.”  The character is a spiritual guide, political counsel and chief military strategist.

The 2018 FIFA world Cup is three months away and a top Haitian American singer is a part of the Coca-Cola’s official World Cup song, ‘Colours.’

Cassper Nyovest has teamed up with Jason Derulo for the song, which was recorded at Derulo ‘s home studio in LA.

Th Miramar-born Derulo, whose latest single ‘If I’m Lucky’ is currently at number 10 on the Coca-Cola Top 40 chart, shared a behind-the-scene’s look at the new song on YouTube last month.

The countdown is on to the 2018 Jamaica carnival and soca superstar Machel Montano is set to be part of the celebration.

Montano, who won the hotly contested Road March competition in February with his song ‘Soca Kingdom,’ a collaboration with the legendary Austin ‘Superblue’ Lyons, a ten-time Road March champion, will be participating in Jamaica’s Carnival with the band Xodus.

Jamaica’s carnival is set for Apr 8 –16th in Kingston.

Jamaican reggae singer and songwriter, Etana, was set to drop her new album on March 8th. ‘Reggae Forever,’ is a 14-track project released under Tad’s Record label and takes listeners on a mission of love and unity. It features tracks like ‘Free Pt 2,’ ‘Fighting for Nothing,’ ‘Spread Love,’ ‘Carry You,’ and ‘You’re The One.’

The album will be available on all digital platform, compact disc and a vinyl release is promised for her fans this year.

Etana was born in August Town, Kingston Jamaica and raised in South Florida.