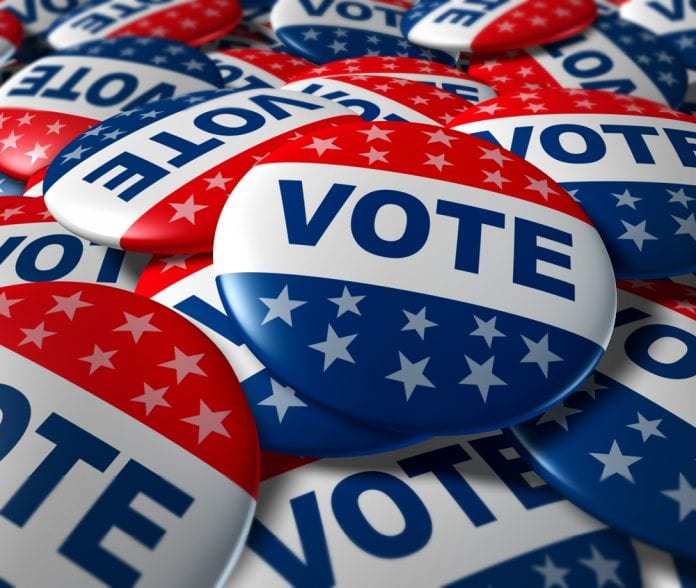 After almost two years of an election campaign its finally Election Day in the United States of America. Although voters in the 50 states will be voting on a variety of items on their respective ballots, the focus of every voter, the nation and the rest of the world, is the presidential/vice presidential election with Hillary Clinton and Tim Kaine representing the Democratic Party and Donald Trump and Mike Pence the Republican Party.

Several states including Florida have already cast millions of votes through the process of early voting and mail-in ballots. As a result some 44 million Americans had already voted before the dawning of Election Day.

From the votes previously cast by early voting and mail-in ballots, Florida leads the nation with 6.4 million votes which represents almost two-thirds of the anticipated turn out of 9 million Florida voters when the polls close at 7:00 pm on Tuesday.

From the votes already cast in Florida, Democrats led Republicans and voters without a party affiliation (NPAs) by over 88,000 votes. Florida early votes were also characterized by a significant surge in votes by Hispanic voters, while votes by African and Caribbean Americans was slightly less that votes cast in 2008 and 2012.

The presidential election campaign leading to today, has been one of the most contentious, divisive and stressful of any in the US.

The contention began on June 16, 2015 when businessman Donald Trump in announcing his bid for the presidency immediately offended Mexican-Americans, in particular, and Hispanics in general by calling Mexican American immigrants “rapists” and “criminals.” Not given the modicum of a chance to win the nomination for the Republican Party, Trump survived a crowded primary election field of 16 other contenders including South Florida’s Marco Rubio, a US Senator, and former Florida Governor Jeb Bush. The primary contest was regularly characterized by insults Trump threw at his opponents

Long before she formally announced her candidacy for president in April 2015, Clinton was assumed to be the representative of the Democratic Party. However, she received an extremely strong challenge from Senator Bernie Sanders. In the end, she prevailed and was formally nominated at the Democratic Convention in August.

Throughout the campaign between the two presidential candidates Trump persisted with his barrage of insults often criticizing Clinton as “corrupt” and “not having the stamina” to be president. On the other hand, Clinton persistently criticized Trump of being “unqualified and not having the temperament to be president.”

Most recent polls leading to Election Day has Clinton leading. The average of these polls gives her a lead of 5 percent. To win the presidency either Clinton or Trump must win at least 270 of the nation’s 538 electoral votes, dispersed over the 50 states with Florida having 29 electoral votes.

Based on the polling projections Clinton is projected to win the presidency with 303 electoral votes.

The results of the elections are expected to be known at approximately 11:00 pm tonight.

If Clinton wins, she will make history as the first woman to be elected president of the United States of America,