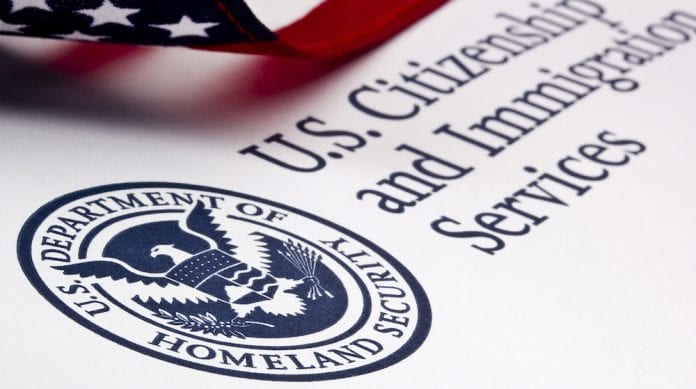 The Department of Homeland Security has created a new office focused solely upon identifying naturalized Americans who are found to have lied on their immigration applications. The office will  then begin the process to strip those found to have lied of their U.S. Citizenship and U.S. Residency (green cards).

Causes for rejection of citizenship

To that end, the USCIS has hired dozens of attorneys and immigration officers to review cases and identify fraud. Minor discrepancies in applications, such as work and address histories, omitting children, or leaving out a surname would not be serious enough to lead to further investigation. Only major discrepancies like lying about past immigration status or deportations, changing identities, or failing to accurately report an individual’s criminal history could lead to further scrutiny. USCIS Director L. Francis Cissna told the Associated Press “We finally have a process in place to get to the bottom of all these bad cases and start denaturalizing people who should not have been naturalized in the first place,”.

According to the Associated Press, in late 2016 a DHS report found that some 315,000 old fingerprint records for immigrants who had criminal convictions or had been deported had not been uploaded into the agency’s identity check database. It also found that some 800 immigrants who had been ordered deported under one identity had fingerprints which matched a new identity who was a U.S. citizen.

Most citizens have no need to worry

Most naturalized U.S. Citizens should not give another thought to whether or not they listed every trip abroad or every address they lived in the five-year period before filing, or worry about whether every single date listed on the application was correct. But those who have failed to report a serious criminal conviction, deportation or other vital information which could affect eligibility for naturalization, beware, the new taskforce may be contacting you.