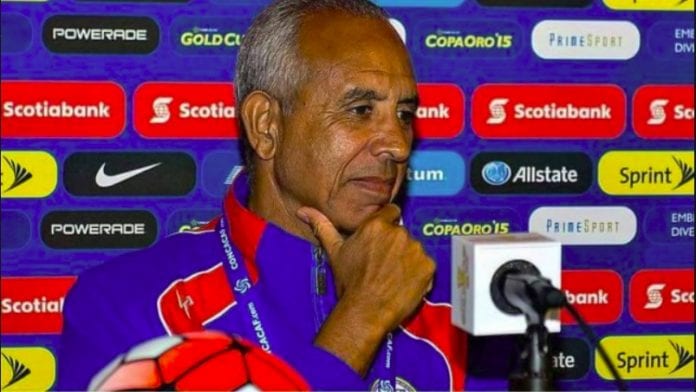 Football coach Marc Collat has been confirmed for a second stint as the coach of the Haitian national team after signing a two-year contract recently.

Collat, the former French U-18 team coach, was previously in charge of the team from 2014-2015 but parted ways after what is believed to be a wage dispute with the Haitian Football Federation (HFF).  With a vacancy in the national program last year, however, the coach returned and took charge of the Haitian unit which put in impressive performances against Japan and the United Arab Emirates.  With the coach’s intimate knowledge of the squad, however, the HFF opted to renew his contract with extended responsibilities.

“The mission of the new coach will be even wider than in his first lease with the Haitian Football Federation,” President of the HFF Yves Jean-Bart explained.

“He will be coach, but considering his past at the training club of Paris Saint-Germain, we chose to involve him even more in training especially in the category of players under 15 years. We are discussing with two renowned physical trainers who want to live in Haiti to complete the group to ensure better training for our young footballers.”

The coach is also expected to take charge of the national U-20 women’s football ahead of the CONCACAF World Cup qualifiers.