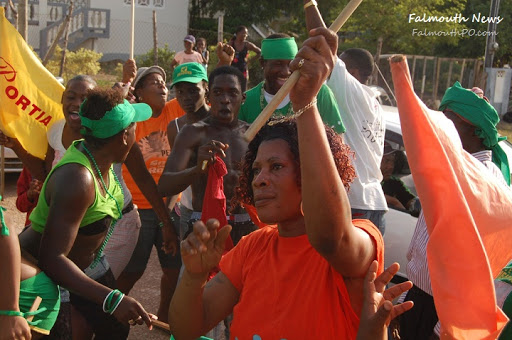 Ahead of Jamaica’s September 3 general elections and amid a spike in COVID-19 cases, residents and major entities on the island have called for politicians to either change their campaigning methods or put off the elections.

Holding general elections during a global pandemic has proven to be one of the most difficult tasks for CARICOM countries and even major countries like the United States. Following Trinidad and Tobago’s August 10 elections, that country has seen a massive increase in cases and subsequently went into partial lockdown.

Jamaica’s gradual spike in case, even before the election date was announced, had already impacted the polls because it could well mean a possibly lower voter turnout and the lack of input from Jamaicans from the diaspora who are unable to fly to the island to vote because of the quarantine rules.

As Jamaica now begins the phase of community spread, with cases becoming more random, the Ministry of Health has placed the blame on large parties and mass public gatherings for the new spike in cases.

But ironically, it is not only average citizens that have been disregarding the safety protocols. Since the announcement of the general election date in early August, members of both political parties have engaged in massive motorcades, rallies and other forms of mass campaigning that have contributed to the spread.

The Jamaica Manufacturers and Exporters Association (JMEA) also joined the calls, urging the two major political parties to immediately stop physical campaigning, saying that “if our people are not disciplined enough to abide by the protocols, then our leaders must do what is right for the country, finding the balance between lives and livelihoods.”

“What that would mean is that persons would be engaged in the administrative component of preparing for an election day activity, but the typical approach to campaigning, to meetings and motorcades and so on, he will not be engaged in those traditional activities,” Tufton said.

The People’s National Party’s general secretary, Julian Robinson, also announced that the party, with immediate effect, would be suspending its large motorcades and drive-throughs to minimize the potential incidence of large gatherings.

“These activities have proven to be difficult in the enforcement of social distancing and other COVID-19 protocols,” Robinson said in a statement, adding that the party’s campaign teams across the island would intensify the distribution of voter’s guides to electors and continue house-to-house engagement as part of its electioneering exercise.

“The present increase in cases is serious, and we want everybody to remain well and be here for the September 3 general election. That can only be achieved by compliance with the health and campaigning protocols as well following guidelines communicated to the public from time to time,” he said.

The ministry of health has urged the island to brace for a further increase in COVID-19 cases following the mass political gatherings from the island’s Nomination Day on August 18. Following the current trends, Jamaica’s COVID-19 cases are expected to be near or surpass to 2,000 mark well before Election Day.

Interestingly, although some Jamaicans were opposed to the reopening of the island’s tourism sector back in July, fearing spike in cases from visitors from places like the U.S. where COVID was rampant, there are scant indications of high volume of tourist imported cases. There are relatively few cased of COVID along the tourist corridor from Negril to Portland on the north coast of the island.

Most of the new and existing cases are reported to be in St. Catherine, Kingston and St, Andrew and St. Thomas on the southern and south-east sections of the country, which are currently not included in the approved tourist zone.