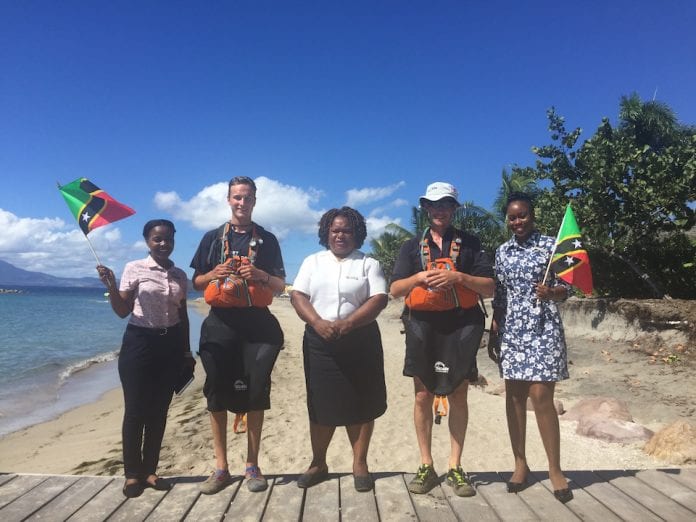 Two British kayakers completed an outstanding feat on Tuesday when their kayak landed on a beach at Lauderdale-by-the-Sea on Tuesday. The pair, Will McCreadie, 21, and George Parry, 22, were completing a one month, 2,000-mile journey by kayaking from the Eastern Caribbean island-nation of Grenada.

McCreadie and Perry, students at Durham University in North-east England made the journey in a 22-foot kayak. They told reporters that they were happy and relieved to have arrived to US shore, and described the voyage as “physical and emotionally taxing.” They said during aspects the voyage they were surrounded by sharks and endured storms and huge waves, and were at different time scared, apprehensive and excited. However, the emotion they were feeling on reaching their final destination was “relief.”

Their trip was not non-stop. They said they stopped at different Caribbean islands along the way, rested in lodgings or in hammocks on beaches. They expressed special thanks to those who provided meals and lodging for them on their stops along the way.

That’s why the pair were so grateful for the help they said strangers gave them along the way.

According to reports, the friends of eight years, accustomed to adventurous driving and cycling trips across countries said the objective of trip, beside the thrill, was to raise funds for their charity – “Get Exploring Trust.” They said the trust is to assist young people to embark on different adventures, especially disadvantaged people who couldn’t afford to fund the adventures of their dreams.