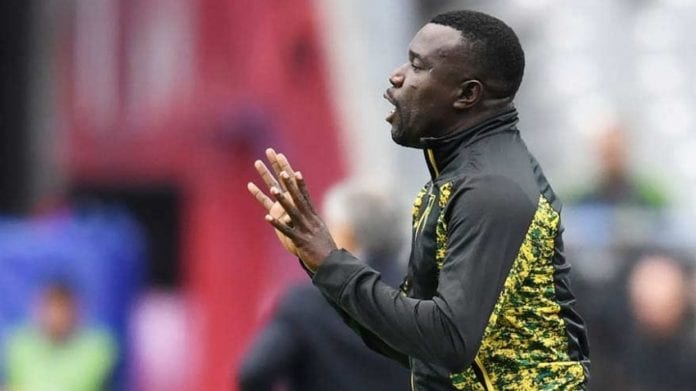 TENNESSEE, United States, CMC – Despite bowing out at the semifinal stage of the CONCACAF Gold Cup, head coach of the Reggae Boyz Theodore Whitmore said the players have nothing to be embarrassed about and should hold their heads high.

The United States defeated Jamaica 3-1 on Wednesday night and will now face Mexico in Sunday’s grand finale at Soldier Field in Chicago.

“The future of Jamaica’s football is bright, even though we are out of the tournament. There are positives to be taken from the tournament,” Whitmore told the Jamaica Observer.
It was Jamaica’s third consecutive appearance at the CONCACAF Gold Cup semi-finals, having been back-to-back beaten finalists in 2015 and 2017.

However, Whitmore said he was proud of the players and believed they would come good in the future.

“We have a young set of players here, so going forward we know what we have. So now we have to focus on 2022 World Cup qualification and that is right around the corner. Then and there we are supposed to know exactly where we want to go and what we want to achieve going forward,” the head coach said.