Bermuda’s Bars and Clubs Ordered to Close at Midnight 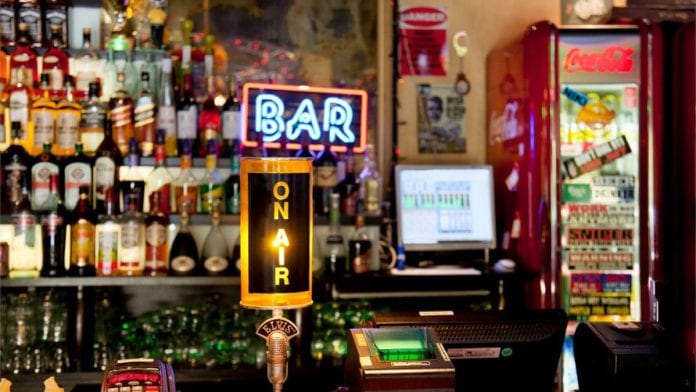 The Bermuda government ordered bars and clubs to close at midnight on Saturday under tougher regulations aimed at combating a continuing surge in COVID-19 cases.

According to health officials, in all, there has been an increase of 66 cases in the past 22 days with local transmissions mushrooming, in addition, two people are in hospital with one in intensive care.

Earlier this week, the government announced new fines, starting at US$500, for people who fail to wear face masks as required, with double the fine on the cards for repeat offenders.

Plain-clothes police officers are to be deployed to check that businesses are in line with COVID-19 regulations.

Assistant Commissioner of Police Martin Weekes said it was one of the steps being taken as part of a “proportionate” response to make sure rules are followed, adding – “Again, this is about compliance. It’s not about tricking people, it’s not about tripping people up.”

Bars and clubs will also not be allowed to reopen before 8 a.m.

Sales of alcohol between midnight and 8 a.m., except drinks delivered to guests in their hotel rooms, have also been banned.

“With the increase in locally-transmitted cases of COVID-19, we felt it prudent to amend the regulations to minimise the time where people may be socialising together inside of a closed space,” said Health Minister Kim Wilson.

“Also, as we all know, increased alcohol consumption can lead to poor judgment calls and slips in protective health measures.”

Wilson appealed to people to “keep their social bubbles small”.

The latest cases have taken Bermuda’s total to 288, including nine people who died — the last more than six months ago. Sixty-three of the cases are active.

Of the new cases, one was imported – a resident who returned to the island on November 29 on a Delta Air Lines flight from New York. The patient had a negative pre-arrival test and a negative arrival test, but had a positive day four test.

A total of four new cases were the result of local transmission from a known contact while the other five new cases are under investigation, officials added.