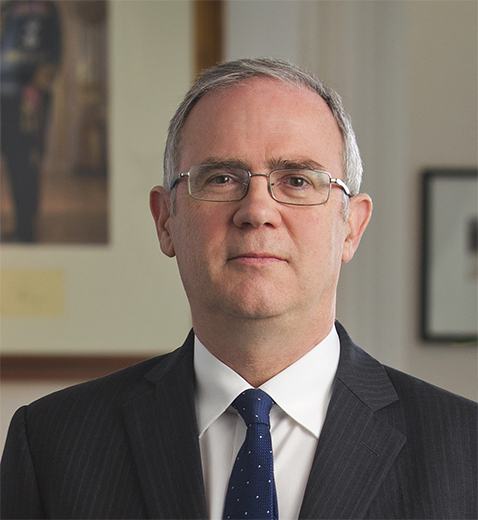 Bermuda Governor John Rankin says he sees no reason to postpone next month’s snap general election, despite a call from a new, third party to consider doing so given the coronavirus (COVID-19) pandemic and extremely active hurricane season.

A day after Bermuda took a direct hit from a storm, Rankin, a Scot who is the representative of the monarch in this British Overseas Territory, said in a statement on Tuesday:

“I am grateful to all those who have worked so hard to get the island back up and running quickly following Hurricane Paulette and do not see grounds under current circumstances to postpone the general election on 1 October.”

His comment came after Marc Bean, the leader of the newly formed Free Democratic Movement (FDM), said before Paulette hit the island with 100 miles per hour winds that consideration should be given to delaying the poll.

The Parliamentary Election Act 1978 provides that the Governor can cancel a polling day and appoint another no more than 30 days later in the event of a hurricane, as well as a string of other events.

Premier David Burt, who called the election almost two years early despite holding a commanding 14-seat majority in the House of Assembly, told a media briefing on Tuesday “we do not believe that there’s any need for the postponement.

“I think what this hurricane and also the pandemic has shown us is that Bermuda works best when we work together and we come across party lines to make sure that we take care of the divisions inside of our society.

“The last thing I believe the country needs is prolonged division. I think that the country wants us to come together to make a decision and to get on with the job at hand,” he said, adding “if there was any thought that a fair election could not be held, the Governor would act in his discretion”.

Bean, a former Opposition Leader who led the Progressive Labour Party (PLP) after it lost the 2012 general election to the One Bermuda Alliance (OBA) before stepping down because of ill health, said on Saturday that steps should be taken to mitigate any potential impact caused by Paulette.

“FDM is extremely concerned that voters could be denied the opportunity for a fair and balanced election where all points of view can be properly deliberated.

“Given the immediate feedback from potential voters and the prevailing uncertainty of the emergency preparations, FDM believes it is more than reasonable to consider postponing the general election date in order to give the candidates and the people of Bermuda a proper time frame to exercise their right to vote, Bean added.

Advanced polls will take place from Wednesday until Friday after the hurricane delayed their start by two days.

The FDM is fielding 15 candidates while the OBA has 31 candidates, handing the PLP three seats unopposed.

The PLP ended the OBA’s one term in office with a crushing 24-12 victory in 2017 and added another seat in a subsequent by-election.