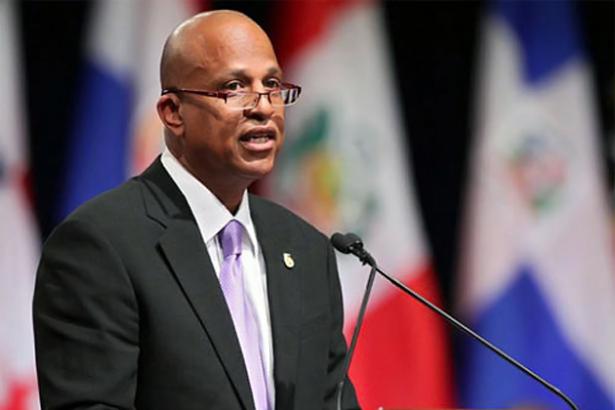 Prime Minister Dean Barrow has been tested for the coronavirus (COVID-19) has gone into self-quarantine pending the results, according to an official statement.

It said that Barrow, who is not contesting the November 11 general election in Belize, along with his driver and his staff were swabbed for COVID-19.

“This is as a result of his security testing positive for COVID-19. The Prime Minister and all his staff are in self-quarantine pending results of their tests,” the statement said, giving no further details on the issue.

The announcement comes as Belize reported two more deaths and 72 new cases of the virus over the past 24 hours.

“There are two deaths to report …both males. One from Orange Walk, in his 80’s (and) the second male is from San Ignacio who had been swabbed as a highly symptomatic case and has been confirmed as a positive case. Our case fatality rate is now 1.66 per cent,” the statement said.

According to the official figures, Belize now has 3,977 positive cases of the virus with 1, 588 being active. There have been 66 deaths.

Elsewhere in the Caribbean, in Trinidad and Tobago, the total active cases of COVID-19 declined to 639, down from the previous number of 661.

The Ministry of Health and wellness said that the number of deaths increased by one, bringing to 111, the death toll there.

In total there have been 5,774 positive cases and 5,024 patients have recovered. There are 32 patients in step-down facilities, 310 in state quarantine facilities, 45 hospitalised patients, and 552 people isolated at home.

In Suriname, the death toll increased by one to 112, but the authorities gave little details on the death.

There are eight positives in isolation, six patients are in the intensive care unit and 18 people are in hospitals.

The Ministry of Health in Guyana has recorded 69 new COVID-19 cases from 352 tests; bringing the overall number of positive cases to 4, 393.

Two COVID-19 deaths were also recorded on Thursday but were not reflected in the Ministry’s daily dashboard. The total death toll now stands at 132 while 3, 409 persons have recovered.

There are 11 patients in the COVID-19 Intensive Care Unit at the Georgetown Public Hospital, 69 patients are in institutional isolation and 772 are in home isolation.