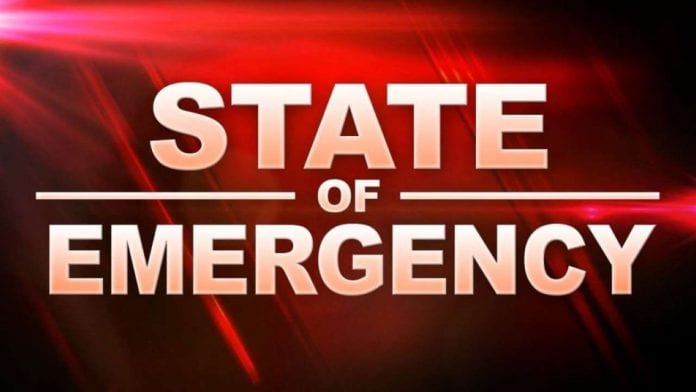 The Bahamas has been placed under a new state of emergency (SOE), the third since the country began dealing with the coronavirus (COVID-19) that has killed 163 people and infected 7, 460 others since March this year.

Governor-General C.A. Smith read out the proclamation on Tuesday night giving the authorities the ability to have up to another six months of emergency powers.

According to the proclamation “scientific and medical experts have advised that COVID-19 is likely to persist as a pandemic in many parts of the world, including The Bahamas, for the foreseeable future until a vaccine is available for wide public distribution”.

The second proclamation was due to expire in December. The new proclamation, which is dated November 24, will be tabled in the House of Assembly on Wednesday.

Opposition Leader Philip Brave Davis in a statement said that the main opposition Progressive Liberal Party (PLP) “does not and will not support the new proclamation of emergency.

“We will refuse to allow the matter to be debated tomorrow in the House and will not waive the notice requirement. The issue of the proclamation is an abuse of power. Civil liberties have been suspended long enough and we say the suspension must end and go no farther,” he added.

“It would take MPs out of their constituencies for about a week having regards to the need to table in both Houses (of Parliament) and debate the next day.

“The Governor-General in his own deliberate judgment decided to make the proclamation. He could have always said no. It was ultimately his decision,” Bethel said.

The Bahamas has been under a state of emergency since the Governor-General first issued a proclamation on March 18, shortly after the country recorded its first COVID-19 case.