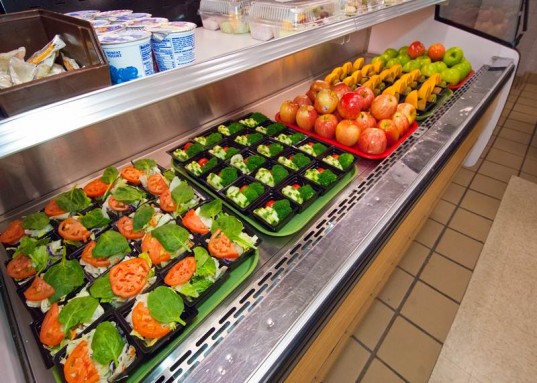 Most schools in the U.S. are implementing healthy practices to help meet federal school meal standards by offering whole grains, more fruits and vegetables, and reducing sodium content, according to data published today in the Centers for Disease Control and Prevention’s (CDC) Morbidity and Mortality Weekly Report. School meal programs are an important source of nutrition as students consume almost half of their daily calories at school.

CDC researchers analyzed school-level data from the School Health Policies and Practices Study (SHPPS) for 2000, 2006, and 2014 to see how well schools are implementing practices related to the nutrition standards for school meals published by the U.S. Department of Agriculture in 2012. The standards require serving more fruits, vegetables, and whole grains and gradually reducing sodium over 10 years. Previous studies have shown that students who eat school meals consume more milk, fruits, and vegetables during school meal times and have better intake of some key nutrients (such as calcium and fiber) than those who do not participate in the meal programs.

“School meals are healthier now than ever before. We’ve made real progress, but there is much more to do to help American children make food choices that will keep them healthy throughout their lives,” said CDCDirector Tom Frieden, M.D., M.P.H.

Between 2000 and 2014, the percentage of schools implementing five of the nine school nutrition services practices examined has increased significantly.

“We are encouraged that more schools are offering a variety of fruits and vegetables and finding ways to reduce the sodium content of school meals,” said Caitlin Merlo, M.P.H., lead author of the study and health scientist in CDC’s School Health Branch. “Schools play a critical role in demonstrating and reinforcing healthy eating behaviors by making sure that nutritious and appealing foods and beverages are available and promoted to students. This is particularly important because children’s eating patterns carry into adulthood.”