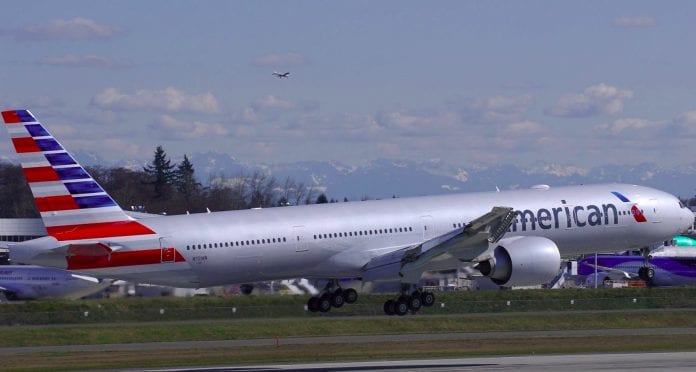 United States-based American Airlines (AA) is scheduled to start its Georgetown-Miami route by mid-November – one month earlier than planned.

Earlier in the year the Fort Worth Texas-based carrier had announced it was to start offering seats on the route from December 20th, with tickets going on sale from April 2.

That was before any permission had actually been sought by the Guyana Civil Aviation Authority (GCAA).

However, earlier this week, Director General of the GCAA, Retired Lieutenant Colonel, Egbert Field told the media that AA has since submitted the relevant documents to the authority and plans are moving apace for flights to commence by mid-November.

“We are happy to have them (American Airlines) onboard but the professional standard the authority stands on is that it must be informed and advised before declarations are made or before tickets are sold. Notwithstanding that I had a discussion with the chief of the international agency or department and he did apologize and now we are moving ahead,” Field explained.

AA’s arrival comes at a very opportune moment as the Cheddi Jagan International Airport (CJIA) has just recorded in the first quarter of 2018 its highest passenger movement ever. “I know that CJIA is going to be happy that there is an entity helping with the uplift out of Timehri. As reported we’ve already seen an increase in passenger transport over the last couple months when compared to last year.”

AA in Guyana for the long haul

According to Field, the carrier has indicated it is here for the long term and will first ply the Georgetown-Miami route before possibly extending to other destinations. The airline will use an Airbus 319 with capacity for 120 passengers to fly to Guyana from Miami four times per week departing from Miami at 6 pm and arriving in Georgetown at 1140 pm. The return will depart at 1.15 am and arrive at 4.55 am.

Meanwhile Minister of Public Infrastructure, David Patterson noted that, “the government has been working at various levels to provide more options to travelers to and from Guyana, to North America, with increased airlift, and American Airlines’ commitment to destination Guyana is a recognition of the government’s work since coming into office in 2015.”

American Airlines offers an average of nearly 6,700 flights per day to approximately 350 destinations in more than 50 countries.