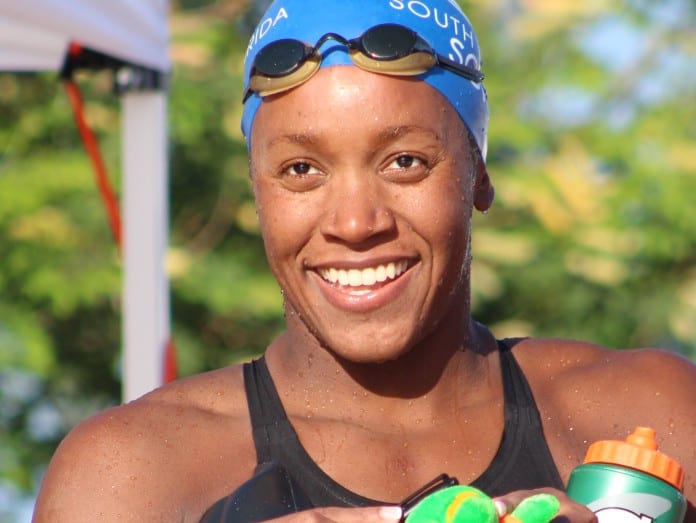 South Florida-based Jamaican swimmer Alia Atkinson has been confirmed as one of the stars competing at the upcoming FINA Swimming World Cup in Dubai come November. This next meet marks a return for Alia to the same competition stage where she earns her short-course World Record in the 100 meters breaststroke, the first for a black, female athlete.

Atkinson, who trains at the Pembroke Pines-bases SOFLO Swim club, remains in top form. She is currently ranked number 12 in the world in overall standings. This past August, Alia Atkinson won silver for the 50 meter breaststroke in the final night of competition at the FINA World Championships in Kazan, Russia. Atkinson also secured a new national record for Jamaica, lowering her own time of 30.17 seconds to 30.11.

Dubai is hosting the 8th and final stop of the series, which takes place from November 6th to 7th.