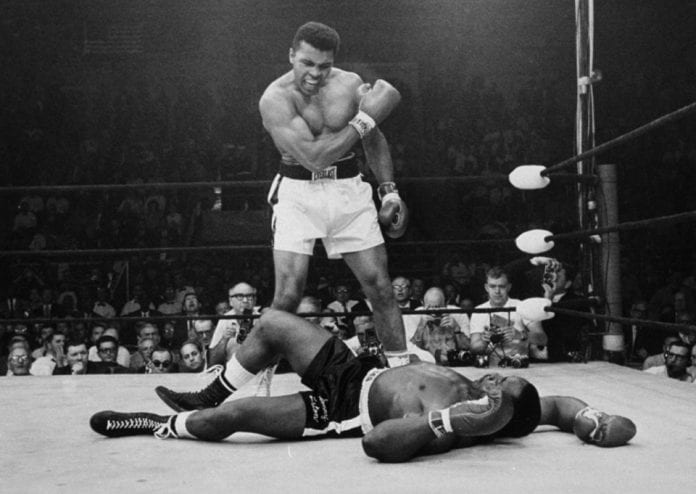 Ali was the ‘Greatest”, with a social conscience

With the passing of Mohamed Ali, America lost not only another outstanding African-American, but the world one of its more influential advocates. Although Ali’s fame was directly associated with his years dominating boxing, his influence transcended the sport to reach people of all races and creeds around the world.

It’s a pity those under age 40 were not around to experience Ali’s particular influence in the 1960s and 1970s. He was brash and cocky, but backed up these traits by his strength and prowess in and outside the boxing ring.

Ali blasted political correctness even before it became a popular term. During the Vietnam War, when American young men were being drafted to serve, he was brave enough refuse to go to war, as a conscientious objector. “How could he do this?” the entire nation asked. “Surely,he’ll be prosecuted,” was the fear of many. This was 1966 and it was unheard of for a black man, regardless of his national stature or fame, to publicly flout official authority. But he remained steadfast in his opposition to the war and his refusal to “kill innocent people.”

Despite being stripped of his world heavyweight boxing title, banned from boxing and vilified, he remained steadfast in his anti-war stance and helped spark the national anti-war movement of the period. Remarkably, and appropriately, in 2005 he was honored by former President George W. Bush for his anti-war stance and awarded the U.S. medal of freedom.

His accomplishment as a boxer will also be renowned. He dethroned the seemingly unbeatable World Heavyweight Champion Sonny Liston in 1964. He retook his stripped title rom George Foreman in the “Rumble in the Jungle” in 1974. He famously lost his title to Joe Frazier, then regained it. The many victories he so poetically and brashly predicted, escalated his fame worldwide. Other sport legends like sprinter Jesse Owen, tennis star Arthur Ashe, basketball’s Michael Jordan, and more recently swimmer Michael Phelps, basketballer LeBron James and sprinter Usain Bolt are outstanding, but none has displayed the charisma that Ali had, nor generated such worldwide influence.

When he traveled internationally, including to Jamaica in 1974,his presence was hailed by large, almost fanatical crowds and audiences. He influenced Nelson Mandela, even as Mandela sat in a South Africa prison. He influenced Martin Luther King, Jr. and Malcolm X as they fought for civil rights for Black Americans, and Ali even influenced Muslim leader, Elijah Mohamed after he, then known as Cassius Clay, became a converted Muslim.

When he trained in Zaire for his championship fight against Foreman, he was followed by throngs of people, as if he was a messianic leader. Long before that memorable bout, he was already the people’s champion.

His perennial charisma and achievements inspired youth of all races, particularly black youth who were like him born in poverty in racial-segregated America, that they could excel at whatever they wanted to. They too could be fearless of opposition and challenges and aspire to be the greatest in their chosen fields.

Ali’s earlier years was molded in Miami. He arrived in 1960 named Cassius Clay from his hometown, Louisville, Kentucky. He lived in Overtown, then one of America’s most progressive black towns, and Allapattah, and trained under boxing coach Angelo Dundee at the Fifth Street Gym. Few years later he helped highlight Miami on the global map by defeating Liston at the Miami Beach Convention Center. In this city, healso announced his conversion to Islam,his change of name to Mohammed Ali and his refusal to fight in the Vietnam War. He also experienced racial profiling in Miami, when he was stopped by police as he was training, jogging across the MacArthur Causeway, because he was suspected for being a fleeing criminal.

Ali didn’t let racism deter him in his quest to be “the greatest” or weaken his social conscience, making him a strong advocate in the anti-segregated movement in the 60s and 70s. Even as the city struggled with racism, he loved Miami, often returning to train after relocating to Chicago in 1966.

With Ali’s death, traditional and social media abound with information about his life and achievements as a boxer. Hopefully sufficient focus will also be placed on his social conscience and commitment to human rights.

One of the greatest tributes paid to Ali was by former Jamaican Prime Minister Michael Manley during Ali’s visit to Jamaica. Manley told Ali. “Your fist might have put you in everybody’s favor…but it’s your conscience that has written you into the immortality of the history of human affairs.”

Surely, a fitting epitaph to a great human being.