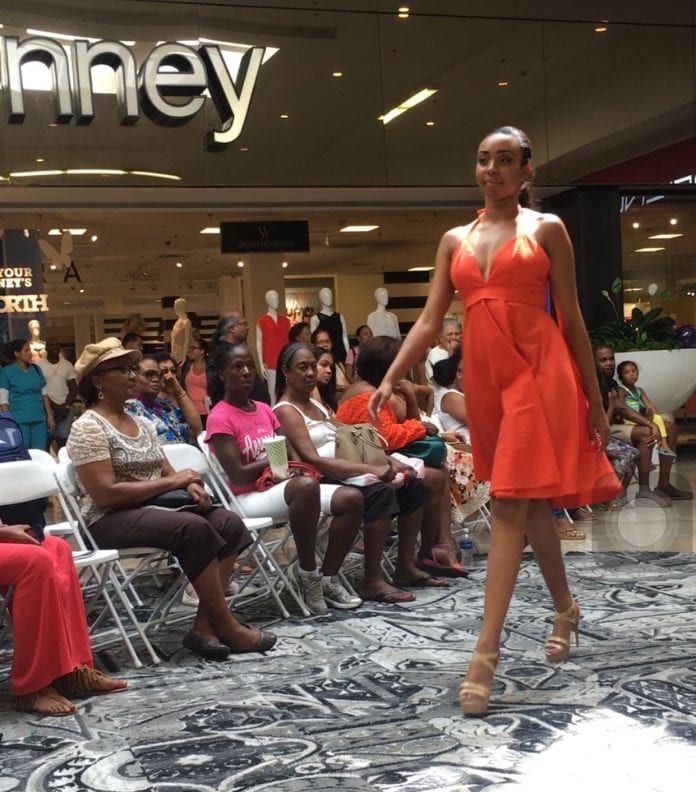 Now a staple on the local fashion scene over the last 3 years, Carib Style Week (CSW) once again took over South Florida for a week-long bevy of fun, flare, and fashion. From the sexy “Carnival Rocks the Runway” at Revolution Live showcasing band designs for the upcoming Miami Broward Carnival, to the ever popular Bikinis and Brunch highlighting swimwear designers at the W in Fort Lauderdale, this year proved better than ever. But it was CSW marque Westfield CaribStyle Week Showcase, partnered with the Westfield Broward Mall in Plantation, that stole the show, celebrating the designers and models keeping the Caribbean fashion scene going strong.

The all day CSW event included putting on a free public runway show, spotlighting Caribbean designers specializing in crotchet, swimwear, lounge wear and casual attire. The Caribbean-centered outfits were also available for sale at the Popup Shop in Westfield Mall, which with be open until the end of the month.

“Having the opportunity to partner with Westfield Broward to showcase on the retail side is a component that is typically not included when you are talking about fashion shows and fashion weeks,” said Asa Sealy of Afios Agency, who heads the annual event. “I think we are really pioneering the way forward, and I hope to see other major fashion companies follow our trend.”

This year’s showcase and pop-up shop also upped the ante, increasing to feature 20 designers, a jump from years before, as well as strengthening the relationships with sponsors who have “bought into the vision to grow the event and grow together,” said Sealy.

Among the featured talents was young designer Louca Bell, who brought her Haitian culture to life in her colorful creations with playful and festive designs. Also from Haiti but a now based in Guadeloupe, designer Lily Deziles’s ethereal and bright dresses display the best of Kreyol style with French embellishes.

SHOPSHARI, created by Trinidadian designer Shari Cumberbatch, pushes the boundary of neon colors and eclectic prints in all of her styles, from dresses to accessories. Chandra Maharaj, also from Trinidad, brings her playful swimwear and active wear with touches of her Caribbean roots. Meanwhile, Jamaican designer Vdezdra’s daring swimwear crochet creations perfectly integrate her Caribbean heritage and masterful technique.

With the continued success of South Florida’s Fashion Week, Sealy says they are hoping to soon bring the pop-up experiences as a trunk show to additional Westfield Mall locations throughout the country, from Sarasota to New York City.

The expansion plan is just part of CSW’s mission to “give Caribbean fashion designers a platform to showcase their work,” said Sealy. “There was real need for this type of platform for our designers struggling to break into the American market. We [Caribbean people] have a definite, large economic impact here. And we need the sponsors and corporate entities to support.”