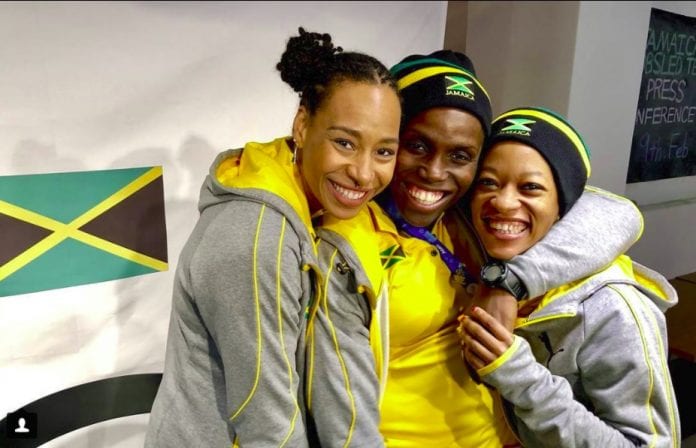 Jamaica’s first ever female bobsleigh team to compete in a Winter Olympics finished 19th out of 20 participating countries in the bobsleigh event in Pyeongchang, Korea Wednesday.

The team totalled 3:24.94 to place one spot higher than the Nigerians who were also competing in a Winter Olympics for the first time.

The Jamaican team ran into difficulty last week after their coach, German Sandra Kiriasis, a 2006 bobsleigh gold medal winner, left the Jamaican setup and took the team’s only sleigh which she said belonged to her.

Kiriasis resigned after being reassigned to the role of track performance analyst from driving coach.

Germany’s Mariama Jamanka and Lisa Buckwitz struck gold by beating USA by seven-hundredths of a second.

The Germans, starting last in the final run, were behind America’s Elana Meyers Taylor and Lauren Gibbs in the upper sections before making up ground at the bottom to steal the title.

Germany, with a cumulative winning time of 3min 22.45sec, held their fourth Olympic title in women’s bobsleigh to gain on the USA’s total of five.