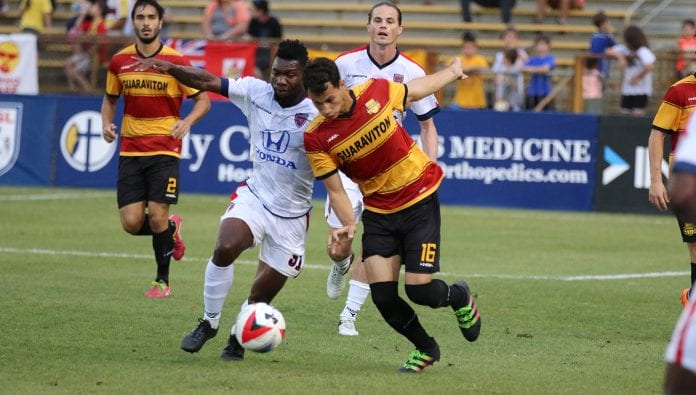 Differing from previous years, all the games in this round are held on the same day, not in a window of two or three days. One week ago, news broke that Guatemala and Venezuela were to play an international friendly at Fort Lauderdale’s Lockhart Stadium at 7PM, with a US Open Cup scheduled for that same day. The stadiums next move was to try and re-schedule however, this proved more difficult than imagined.

The Strikers attempted to convince Richmond to move the game either a day forward or a back, however, the Kickers declined the attempts. This makes sense for the Kickers because they have league games on each of the surrounding Saturdays, so it is not in their interest to move the game to accommodate the Strikers.

If you are in the area of Broward College South Campus today, Wednesday at 11 a.m., you can get into the game for $5 and enjoy free food and drinks. If you aren’t you can follow along on Twitter and watch the Kickers, along with D.C. United goalkeeper Charlie Horton, play the Strikers.