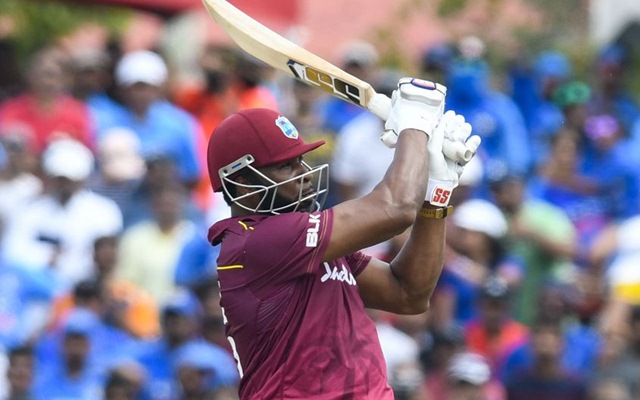 GEORGETOWN, Guyana, CMC – West Indies extended their miserable run of form when they suffered their second straight T20 International whitewash to India and their third in four series, with a seven-wicket defeat in the final contest of the three-match series on Tuesday.

Defending a modest 147 at the Guyana National Stadium, the Caribbean side were punished by half-centuries from dashing wicketkeeper/batsman Rishabh Pant (65 not out) and captain Virat Kohli (59) as India reached their target with five balls to spare.

West Indies felt they were in with a chance when opener Shikhar Dhawan (3) and KL Rahul (20) fell cheaply to leave the visitors tentatively placed at 27 for two in the fifth over.

But Pant and Kohli took command of the run chase in a superb 106-run, third-wicket standoff 77 deliveries, to erase any doubt over the result and expand on the double success last weekend in Florida.

Veteran Kieron Pollard had earlier notched his first T20 half-century in seven years when he top-scored with 58 off 45 balls as West Indies marched to 146 for six off their 20 overs, after being put in.

Pollard, batting at number four, came to the Windies’ rescue as he combined with Nicholas Pooran (17) in a valuable 66-run, fourth-wicket stand.

The 32-year-old struck four and half-dozen sixes – mostly through the leg-side – while Pooran hit a four and a six in his 24-ball stay, without really finding his rhythm.

Pollard counter-attacked from early, hitting Saini for a straight six to mark his first scoring shot before belting a pair of sixes off debutant leg-spinner Rahul Chahar in the ninth over.

He lost Pooran in the 14th over, caught at the wicket trying to steer Saini to third man but raised his half-century in the next over when he cleared the ropes at long-on with left-arm spinner Krunal Pandya.

Pollard found another ally in Powell to add a further 25 runs for the fifth wicket off 15 balls before finally perishing in the 16th over, deceived by a slower one from Saini which knocked back middle stump.

Powell then powered the Windies innings at the death, lashing a four and a couple of sixes – both of which came in the final over from Saini. No other West Indies batsman managed to pass 20 in yet another disappointing showing.

Not for the first time West Indies struck early, fast bowler Oshane Thomas (2-29) having left-handed Shikhar Dhawan caught at square leg for three in the second over and left-arm spinner Fabian Allen getting Rahul to edge one behind in the fifth over.

But Pant and Kohli snatched the game away in a partnership which was at first measured but then found tempo late on as both players raised their intensity.

By the time Kohli scooped Thomas to Lewis at point in the 18th over, victory was all but assured with India needing a mere 14 runs and Pant fittingly ended the contest when he smashed the first ball of the final over from captain and seamer Carlos Brathwaite for a straight six.

India’s Seamer Deepak Chahar, in only his second T20 International, blew away the West Indies top order with three wickets for four runs from a three-over spell to earn Man-of-the-Match honours.