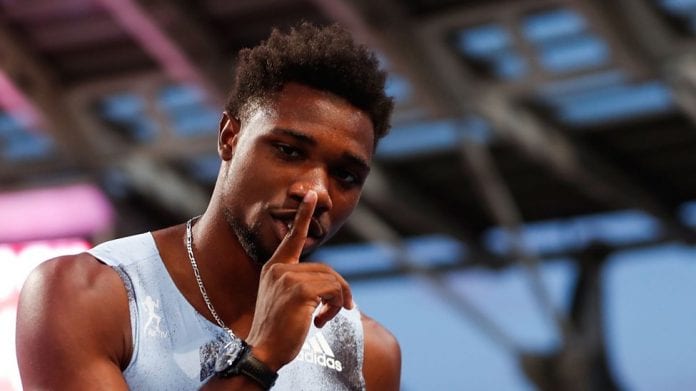 Many have regarded Lyles as the next athlete to possibly dominate the men’s 200m event, following Usain Bolt’s leave from the sport. Lyles has ran the two fastest times in the event this year, his 19.65 in Paris and a stunning 19.50 at the Lausanne Diamond League in July. His 19.50 win is the fastest 200m time since Bolt’s 2012 Olympic win.

This is also the second time that Lyles has broken a record set by Usain Bolt, both at two different Diamond League meets this year.

Ahead of the world championships in Doha which will begin on September 28, Lyles told the IAAF he isn’t set on breaking Bolt’s record, but rather, doing his best. “When I was coming off the turn it felt like such a fast track, the fastest I’ve ever felt coming off the turn. Looking to Doha, it’s not about going after Bolt’s record or anything like that, but when we get there we’re willing to go after any event.”

Noah Lyles, a native of Florida, is now the fourth-fastest 200m runner in history. His personal best of 19.50 has only been bettered by three other athletes, Jamaicans Usain Bolt and Yohan Blake, and American Michael Johnson.