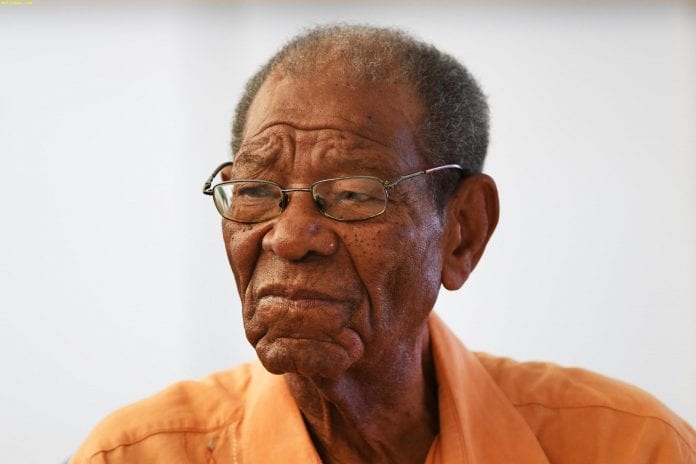 One of the greatest cricketers of all time, Sir Everton was widely revered and remained a seminal figure in the cricket fraternity up until the time of his death.

Fellow Barbadian and Test great Sir Gordon Greenidge on Wednesday hailed Sir Everton as a “favourite of all West Indians”.

“He was a genuine man. He had a great sense of humor and was a very jovial person,” Sir Gordon said from his home.

“Sir Everton was a favourite of all West Indians. We will all miss him. He had a remarkable cricketing career with some superb performances on the field and was someone we all admired and had great respect for.

“He always offered great advice on batting. He always told you ‘if you don’t hit the ball in the air you won’t get caught’. Our conversations were always very pleasant. May he rest in peace.”

“He had an amazing legacy as a great cricketer and great human being. He was one of the most humble and decent persons you would have ever met,” Skerritt said.

“I want to take this opportunity to publicly express our deepest sympathy to the family of this remarkable gentleman, who passed away earlier today.”

In his illustrious career, Sir Everton scored 4 455 runs at an average of 58.61 in 48 Tests and is the only man to make centuries in five consecutive Test innings.

Born just outside the storied Kensington Oval on February 26, 1925, Sir Everton became a member of the famous Empire Cricket Club where he played alongside another legendary former West Indies captain Sir Frank Worrell.

Sir Everton made his Test debut in the opening Test against England at Bridgetown in 1948 alongside Sir Clyde in a side captained by the peerless George Headley, and stroked his maiden Test hundred in the fourth Test at Kingston.

The innings set in train history as Sir Everton promptly reeled off hundreds in his next four innings on the tour of India, including triple figures in each innings at Calcutta (now Kolkata), to establish an unbroken world record.

Following his retirement, Sir Everton served as an International Cricket Council match referee, a Barbados team manager and a coach with the local government, and also worked as an analyst on local radio and television for the Shell Shield first-class tournament and international matches at Kensington Oval.

“Not only Barbados and West Indies but the world has lost a truly great man, a great batsman and a legend in his own right,” Riley said.

“It has been a sad day for us in Barbados and I’m sure the whole Caribbean, and the whole cricketing world who may know about his exploits.”

Sir Everton was knighted in 1995 for his service to sport.