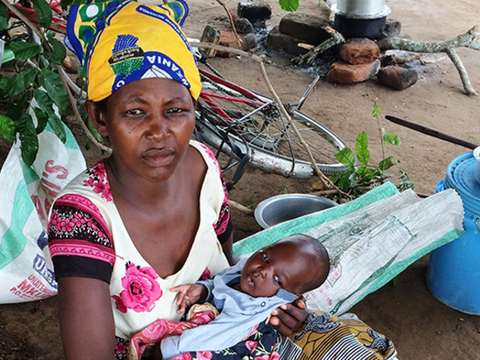 United States President Donald Trump is pulling his country’s funding to the United Nations Population Fund (UNFPA), an agency that assists 22 Caribbean countries in their efforts to tackle teen pregnancies and other reproductive health issues.

The US State Department has announced that it will not forward congressionally-approved US$32.5 million to the UNFPA because of its partnership with a Chinese government program that includes forced abortions and sterilizations.

“While there is no evidence that UNFPA directly engages in coercive abortions or involuntary sterilizations in China, the agency continues to partner with [China’s National Health and Family Planning Commission] on family planning, and thus can be found to support, or participate in the management of China’s coercive policies,” the department stated.

But the UNFPA has insisted that it does no such thing. It said the decision to deny funding for its life-saving work is based on the erroneous claim that UNFPA “supports, or participates in the management of, a programme of coercive abortion or involuntary sterilization” in China.

“UNFPA refutes this claim, as all of its work promotes the human rights of individuals and couples to make their own decisions, free of coercion or discrimination. Indeed, United Nations Member States have long described UNFPA’s work in China as a force for good,” it said.

It noted that the support from the US in previous years has saved tens of thousands of mothers from preventable deaths and disabilities, and helped UNFPA combat gender-based violence and reduce the scourge of maternal deaths.

In those countries, UNFPA works to improve the reproductive health of the most vulnerable, including responding to the high numbers of unintended pregnancies and gaps in maternal health.

Family planning associations and similar agencies in the region benefit from the work of the UNFPA.

UN spokesperson Stephane Dujarric has predicted the US funding loss “could have devastating effects on the health of vulnerable women and girls and their families around the world”.