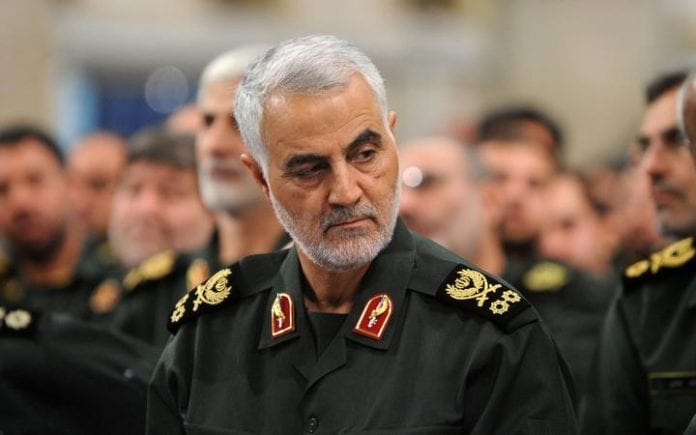 WASHINGTON, D.C – On the second day of the new year, the U.S. military carried out an airstrike on Qasem Soleimani, the head of the Iranian Revolutionary Guard Corps. US defense officials say that a drone was used to conduct the strike that killed Soleimani in Baghdad.

According to CNBC, Donald Trump ordered the attack in an attempt to stop future alleged Iranian attacks plans. Although it is unclear whether or not the corps had concrete plans to attack the U.S., Trump saw it necessary to eliminate any potential threat.

“This strike was aimed was deterring future Iranian attack plans,” the United States Department of Defense said in a statement. “The United States will continue to take all necessary to protect our people and our interests wherever they are around the world.”

Soleimani was the leader of a special forces unit of Iran’s elite Revolutionary Guards, and he had been a key figure of Iranian and Middle Eastern politics. His death has increased already high tensions between Iran and the United States.

Regarding the airstrike and the U.S. concerns about oil prices, the Defense Department said:

“He had orchestrated attacks on coalition culminating in the death and wounding of additional American and Iraqi personnel. General Soleimani also approved the attacks on the U.S. Embassy in Baghdad that took place this week.”

Hours after the announcement, Iran’s Foreign Minister Mohammad Javad Zarif said on Twitter that the killing of Soleimani was “extremely dangerous & a foolish escalation”. Three days of national mourning have since been declared in Iran, where Soleimani was revered as a national hero. The Supreme Leader in Iran, Ayatollah Ali Khamenei, called for “harsh revenge,” according to a statement published to his official website.

The strike came a week after the U.S. blamed Iran for attacks on two oil tankers in the Persian Gulf region and after four tankers were attacked in May.

Since the attack, thousands of troops are now being deployed to the Middle East as tension between the United States and Iran mount. On January 3, the State Department urged US citizens to leave Iraq immediately. It also warned that citizens “should not approach” its embassy in Baghdad and that all consular operations are suspended.