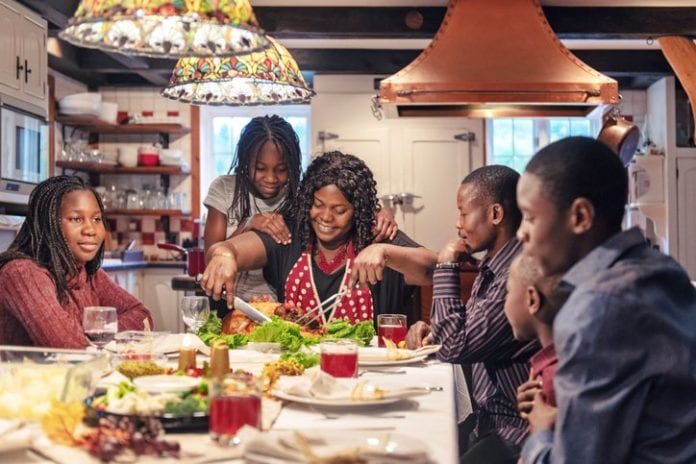 MIAMI, Florida – In the United States, the modern Thanksgiving holiday is commonly associated with the celebration of English pilgrims that arrived at the Plymouth Plantation in Massachusetts in 1621. That year, the pilgrims held the Plymouth feast and thanksgiving prompted by a very good harvest. Pilgrims and Puritans who began emigrating from England in the 1620s and 1630s carried the tradition of Days of Feasting and Days of Harvest Thanksgiving with them from England to Plymouth.

The Thanksgiving feast included the provisions, food, and livestock, including turkeys, grown and reared on the plantations.

During the American Revolutionary War, various Thanksgiving proclamations were made by royal governors, John Hancock, General George Washington, and the Continental Congress, each giving thanks to God for events favorable to their causes.

As President of the United States, George Washington proclaimed the first nationwide Thanksgiving celebration in America marking November 26, 1789, “as a day of public thanksgiving and prayer to be observed by acknowledging with grateful hearts the many and signal favors of Almighty God.”

During the American Civil War, President Abraham Lincoln, proclaimed a national Thanksgiving Day, to be celebrated on the final Thursday in November 1863.

The turkey, the large bird that could feed several family members, remained the focal dish at the Thanksgiving feast. By 1916, Thanksgiving was referred to in the American media as Turkey Day due to the popularity of the bird at the traditional feast.

In December 1941 President Franklin D. Roosevelt signed a federal law moving the date of Thanksgiving to the fourth Thursday of November.  Historians claim Roosevelt agreed to move the date up by a week to afford American retailers a longer Christmas shopping season as a strategy to recover from the then Great Depression.

In modern times, the U.S. President, in addition to issuing an annual Thanksgiving Day proclamation, traditionally “pardon” a turkey, symbolically sparing the bird’s life, and allowing it to return to a farm.

In former years, turkey, particularly wild turkey, became such popular culinary treat they were almost extinct. However, the federal government passed a law in 1991 to protect the wild turkey now found in almost every state.

Some religious organizations are disappointed that over the years  Thanksgiving has lost its religious perspective. In 1896 and 1900 Presidents Grover Cleveland and William Mckinley, respectively, were the only presidents to express a specifically Christian perspective in their Thanksgiving proclamation.

However, the tradition of giving thanks to God is continued today in various forms. Various religious and spiritual organizations offer worship services and events on Thanksgiving themes the weekend before, the day of, or the weekend after Thanksgiving.

Also, in several American homes prior to the Thanksgiving dinner, it’s customary for the head of the family to lead prayers of thanks for blessings received, and for other family members and friends to also render thanks for their own blessings. Some families hold hands as a symbol of family unity while giving thanks.

Originally, Thanksgiving Day wasn’t associated with shopping. It was primarily a day for family and friends to gather, share a communal meal, and give thanks. However, in the attempt to recover from the brutality of the 2008/2009 recession and boost sales, retail stores have usurped some of the hours dedicated to Thanksgiving Day for shopping. Traditionally, the day after Thanksgiving was designated as “Black Friday” (black denoting profitability) with most stores opening at 5:00 a.m. However, since 2010 stores began opening at midnight on Thanksgiving Day. This year, some major stores will open from noon on Thanksgiving Day. This has created some controversy among families disgusted that the meaning of the day for family gathering and giving thanks to God has been increasingly commercialized.