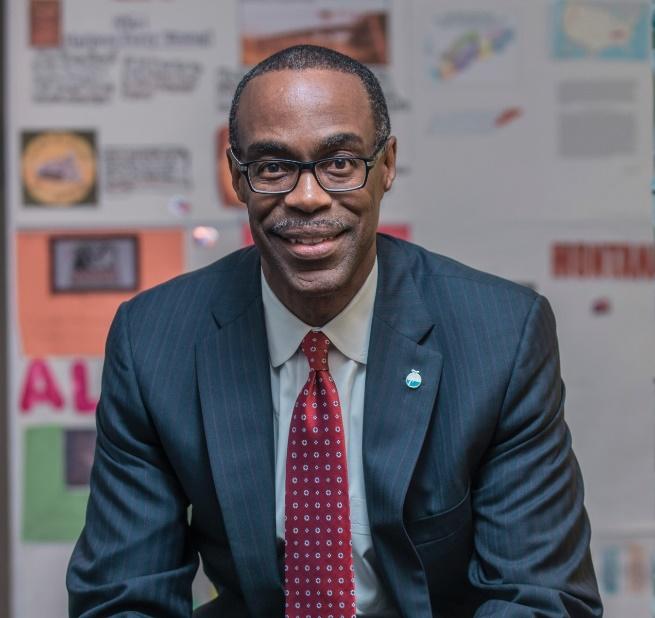 The year 2020 has been marked by unprecedented challenges for everyone including students around the world. In South Florida, Broward County Public Schools (BCPS) Superintendent Robert Runcie, a Jamaican American, is facing one of his most difficult years yet as leader of the school district. But Runcie isn’t one to shy away from difficult challenges after the tragedy that afflicted his school district in 2018.

This year, arguably his most pressing challenge has been the decision to safely reopen Broward County public schools amid the persistent coronavirus pandemic. While the school board had also come under pressure from state officials to reopen schools, parents of BCPS students had feared that face-to-face classes would put their children at risk. A significant number of teachers also expressed fear of contracting the virus by returning to teach in classrooms. These fears may not be unfounded, as with less than two weeks after schools in the county have reopened, there have now been over 60 confirmed cases of COVID-19 among students and staff. Now, much of the blame has been placed on Runcie, the man who vowed his commitment to do the best for BCPS students nine years ago.

Robert Wellington Runcie, the son of a sugarcane farmer and a doting stay-at-home mom, was born in rural Perth Town, Trelawny, Jamaica in 1961.

As a child, his everyday life involved milking cows and helping his mother collect eggs from the chickens. When Robert was six years old, a chance encounter would change the family’s fortunes. A construction firm owner visiting Jamaica offered Runcie’s father a job in New York. His father went alone and then after two years, his family, including young Runcie, his mother, two brothers and sister packed their bags and moved to Poughkeepsie, New York, to begin a new life.

Despite having to repeat the first grade, because his family had moved in the middle of the school year, Runcie went on to excel in his classes. As a student-athlete at Franklin D. Roosevelt High School in Hyde Park, N.Y., he juggled sports—basketball and cross country running—while earning top grades in math and science. Close to the end of his high school career, Runcie applied to several Ivy League schools, eventually deciding on Harvard University, where he majored in economics and met his wife Diana, a literature major and Harvard Law School graduate.

The couple graduated in 1984 and moved to his wife’s hometown of Chicago, where they raised their three daughters, Mariama, Ayann and Folasade. Runcie earned an MBA at Northwestern University and worked as a consultant before starting his own management and technology firm.

He later joined the Chicago Public Schools where he served in various strategic roles including chief information officer, chief administrative officer and chief area officer to the Board of Education, overseeing one of the largest school districts in the U.S.

In 2011, when BCPS, beleaguered by mishaps and mismanagement, began its search for a new superintendent, Runcie was successfully interviewed and the school board offered him the opportunity to lead the sixth-largest school district in America. At the time, members of the community praised the hiring of the district’s first black superintendent.

Under Runcie’s leadership, a bright light began to shine on the Broward County school district. BCPS dramatically increased the number of A-rated schools and graduation rates throughout the county. Runcie also led the school board’s creation of PROMISE—also known as Preventing Recidivism through Opportunities, Mentoring, Interventions, Support and Education—to help students remain in school, receive behavioral and counseling support and reduce non-violent misdemeanor arrests. Two years in a row, in 2015 and 2016, Runcie was named Superintendent of the Year by the Florida Association of Districts Superintendents. He also consistently received positive performance reviews by the Broward County School Board.

Then on February 14, 2018, a mass tragedy happened that would change the face of public education in Florida and alter Runcie’s career. The Parkland shooting, which is the deadliest high school shooting in United States history, happened at Marjory Stoneman Douglas High School and claimed the lives of 17 people, including 14 students. Many parents of the victims immediately called for the removal of Runcie, saying that his leadership had “enabled” the shooting; but in 2019 following contentious public hearings, and pushback from seemingly biased board members, the school board nonetheless voted that Runcie could keep his job.

Since March of this year, the coronavirus pandemic has presented another challenging year for the district and tested the leadership of Runcie. Like school superintendents in school districts across America, he ordered schools be closed as the pandemic soared, but found himself embroiled in, not only countywide, but a state-wide controversy, as he and the school board vacillated between different dates to open schools. Finally, succumbing to pressure from state officials to open schools or risk being defunded, Runcie agreed to open schools in Broward County two weeks ago. But it is yet to be seen if the potential for COVID-19 to spread rapidly will force him into another agonizing decision for the welfare of Broward students and teachers.

Just last month, Runcie received a grade of 2.8 out of 4 from the school board, the same grade he received in 2019. Despite what some perceive as sobering reviews, Runcie has still maintained his unwavering commitment to the safety and academic development of BCPS students.