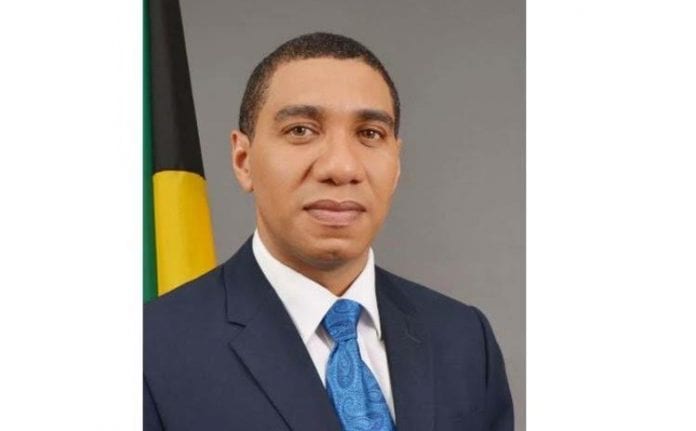 Jamaican Prime Minister Andrew Holness is scheduled to visit South Florida on November 18.  The prime minister will be visiting primarily as the guest of the Jamaican-American Bar Association (JABA), and will be the keynote speaker at the association’s Grand Gala Ball and Awards at the Westin Hotel in Sunrise, Broward County that evening.

This will be the first visit to South Florida by PM Andrew Holness since regaining the position of Jamaican Prime Minister after leading the Jamaica Labor Party to victory in the February 2016 general elections. Holness previously served briefly as prime minister from October to December 2010. Shortly after he was elected by the JLP’s brass to succeed retired prime minister and JLP leader Bruce Golding in 2010, Holness visited the region meeting with members of the Jamaican community.

James said it was particularly significant for Holness to address the association because Holness, 45, exemplifies one of the primary goals of the association. “Although we are not yet apprised of the theme of the prime minister’s speech we have suggested he address the importance of commitment to public service and giving back to the community. The prime minister, from an early age committed himself to offering public service to the Jamaican community, rising to the leadership of one of the country’s major political parties, and attaining the record as the country’s youngest ever prime minister at age 38, in 2010.”

James said Holness’s commitment to serving Jamaica is in keeping with JABA’s goal to advance the professional interests of Jamaican-American attorneys. He said the prime minister’s commitment meets JABA’s mission to coordinate the development of educational, mentoring, and career opportunities for these attorneys, and encourage them to nobly serve the Jamaican community and assist, however they can, Jamaica. “Like President John F. Kennedy urged, we need our attorneys to determine how they can serve their country. Prime Minister Holness is an example of how a young man serves his country.”

The Information officer at the Jamaican Consulate in Miami, Chery Wynter confirmed the prime minister’s visit, but said the details of his itinerary while in the region is not yet finalized.

Members of South Florida’s Jamaican Diaspora anxiously awaits Holness’ visit, and anticipate he will also address a public community forum while in the region.

“It seems our prime ministers are weary of visiting and addressing their compatriots in South Florida,” said Miramar’s Devon Beecher. “Former PM Simpson Miller seemed reluctant to come speak to us, and Holness hasn’t passed this way since he was elected almost two years now, although South Florida is just 90 minutes from Jamaica.”

Kevin Manning, of Lake Worth, said, “If Holness is coming here, I hope he’ll take the opportunity to meet with a cross-section of the community outside of his appearance at a private function.  As a Jamaican overseas, I want to hear from the PM what his government is doing about the crime situation in Jamaica; his government plans for Jamaicans overseas to vote in Jamaican elections; and the state of Jamaica’s economy. Jamaicans in South Florida send millions of dollars home. This helps the economy. We hope the prime minister takes time out to tell us what our money is doing.”