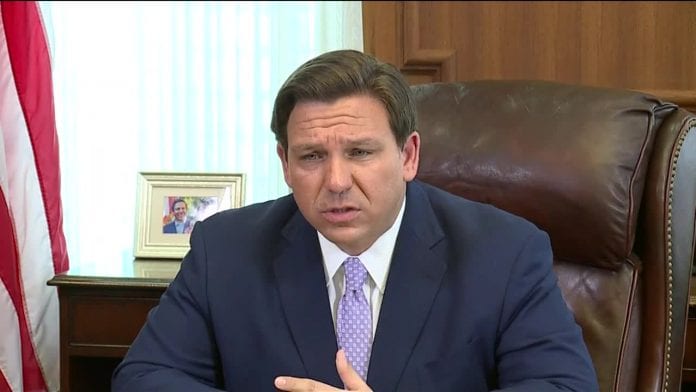 The order, which was first implemented in September, prevents municipalities from fining people for violating a mask ordinance. The order also prevents cities and counties from ordering restaurants to close without justifying it for economic or health reasons.

The extension comes in the midst of a shape rise in coronavirus cases and hospitalizations in the state.

On Tuesday, Florida health officials reported 8,555 new COVID-19 cases and 72 deaths due to the illness. More than 953,300 infections have been reported in the state in total and at least 18,157 deaths, according to Johns Hopkins University data Wednesday afternoon.

His decision comes less than a week after five Florida mayors begged DeSantis to change his approach to the virus in hopes of slowing the spread. The leaders from Miami Beach, Hialeah, Miami Shores Village, Sunrise, and St. Petersburg had called for consistency in statewide regulations and made recommendations which included a statewide mask mandate. However, Gov. DeSantis did not respond to the recommendations.

Despite his extension of the order, all but 13 states now have statewide mask mandates in place.

Palm Beach County recently extended its mandate and said they will be issuing citations. The City of Miami Beach will also enforce its mandate over the holidays by issuing citations, including a $50 fine, to anyone in violation of the city’s mask mandate who refuses to even wear a mask provided by law enforcement.