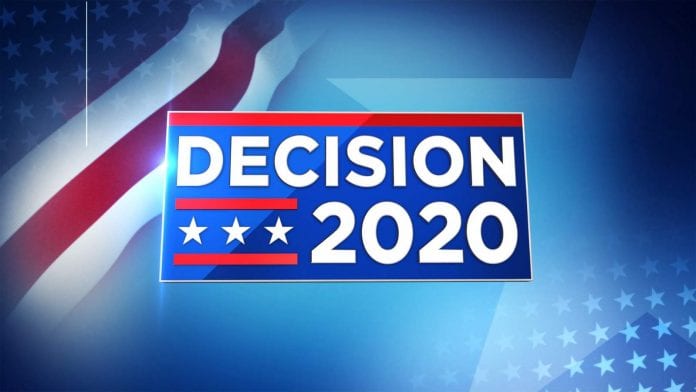 Voting in the November 3 General Election has begun in South Florida with many voters having already completed and submitted mail-in ballots. For those who prefer to vote in person, early voting in South Florida begins on Monday, October 19.

This is one of, if not, the nation’s most critical and anticipated elections in light of the often caustic, bizarre nature of the presidential campaign. Voters are advised to not be dissuaded by some of the extremely negative aspects of the campaign, and overt attempts at voter intimidation and suppression but to make every effort to let their voices be heard through their special privilege to vote.

Voters must be aware they are required to vote on ballot choices that include several other vital elected offices than U.S. President/Vice President. These other elected offices that require a vote, includes for representatives to the U.S. House of Representatives.  A president is disadvantaged in getting legislation passed if the party he represents does not have the majority of members in the U.S. Senate and House.

Other elected offices which voters should focus on include individuals seeking election to Florida’s Senate and House of Representative, county and city mayors and commissioners, circuit and county court judges, and school board members.

Voters are also strongly advised to vote on constitutional amendments, and questions included on some county ballots. The response to these amendments and questions can potentially impact the lives of South Florida residents, dependent on how the majority vote.

Voters in most of the cities in Broward County must be cognizant and take careful note of the elections for offices in the city commission or city council in their respective city. These municipal elections are of extreme importance. It is the city mayor, and respective city commissioners or councilors that influence the issues that affect the daily lives of residents. These issues include water and sewage, police security, property taxes, garbage collections, parks and gardens, city beautification, small business development and more.

Too many issues are at stake in Florida—South Florida specifically—and the nation for registered voters not to participate in the process to elect individuals who they believe can address these issues adequately.

To assist voters in their choice the Caribbean National Weekly over the past several months has closely observed the candidates, their respective platforms, campaign website, responses to our questionnaires, and have concluded who should best be elected to represent various offices in these elections.

Voters voting by mail are encouraged to complete and sign, and turn in their ballots by mail (they can be placed in designated drop boxes at a local post office) or by delivering them to the respective Supervisor of Elections office as soon as possible, or deliver the ballots in person to an early voting polling site as soon as early voting begins.

It is specifically emphasized that mail-in voters make certain they sign the envelope in which the ballot is returned, with a signature that is as close as possible to their normal signature.  Voters must not risk their ballots being rejected because of a signature that do not match the signature on file at the Supervisor of Elections office.

Voters should be aware they are able to monitor of their mail-in ballot is received and has been counted by tracking their ballot on the website of the supervisor of elections office in their respective South Florida community.

If the Supervisor of Elections inform a voter that his/her vote was rejected either because there is a problem with the signature or the outer envelope was not signed, the voter can easily correct the problem by requesting, signing and sending a Vote-By-Mail Affidavit to the office of the Supervisor of Elections along with a copy of the voter’s ID.

This is a key reason why those voting by mail-in ballot should try to vote and return the ballot as soon as possible after it is received.

Voters who rather vote in person, are encouraged to do so in the early days of the two week period from October 19 to November 1. If they did request and received a mail-in ballot they can take that ballot to the early voting site, turn it in and vote in person Early voting takes place from 7:00 a.m. to 7:00 p.m. daily. Polling places will be copiously sanitized and voters can wear masks when they go to vote.

If the voter’s only option is to vote in person on November 3, they should try to vote as early as possible on that day, as lines could likely be very long.

So, there are several options which voters have to be able to vote. Please vote.

CNW recommendations for the presidential/general elections are as follows:

These are issues which were not addressed, or addressed adequately, by the incumbent Trump/Pence administration. Moreover, no plans have been put forward by the administration that these issues will be addressed to comply with the interests of Caribbean Americans.

With some 46 years experience in the U.S. House, U.S. Senate and including eight years as vice-president to President Barack Obama, Joe Biden has the experience to pull America out of its current health and economic nosedive. He joined Obama in accomplishing a major economic recovery between 2008 and 2016 and will be joined in doing this by Senator Kamala Harris, a proven leader in the California justice system and the U.S. Senate.

First elected to Congress in 2010, Deutch has consistently proven himself a committed Democratic, devoted to issues like gun control, affordable healthcare, improvement in Social Security and Medicare, raising the minimum wage and helping the lot of working families.

Wasserman-Schultz fights tirelessly for women issues, and social issues including child protection. She remains the best candidate to represent the district in the US Congress, and support the next president in fighting for immigration reform; increasing the minimum wage; job growth and expansion of comprehensive healthcare.

The congresswoman remains one of the more courageous and strongest the strongest proponents for the cause of African and Caribbean Americans in the U.S. Congress. She should be overwhelmingly re-elected.

The former president of the University of Miami, and Secretary of Health in the Bill Clinton administration has also justified her 2018 election to the House. She has readily absorbed herself in the flow of congressional procedures and has shown strong commitment to secure the welfare of her constituents.

Shall Judge Alan O. Forst of the Fourth District Court of Appeal be retained in office?

Shall Judge Mark W. Klingensmith of the Fourth District Court of Appeal be retained in office?

Shall Judge Martha C. Warner of the Fourth District Court of Appeal be retained in office?

Charter Amendment Regarding Elections to Fill Mayor or Commission Vacancies During Primary and General Elections (and not by a specially called election).

County Regulation to Facilitate implementation of the Development of Surtax-Funded Improvements to the County’s transportation system.

The former Miami-Dade Commissioner is seeking to emerge as the county’s first female mayor but facing a strong challenge from Esteban Bovo. She, however, offers a much-needed fresh perspective on the leadership of the myriad problems of this very diverse community seem to understand how to build bridges across the county as the effects from COVID-19 threatens its economic well being.

Shall Judge Monica Gordo of the 3rd District Court of Appeal be retained in office?

Shall Judge Eric William Hendon of the 3rd District Court of Appeal be retained in office?

Shall Judge Fleur Jeannine Lobree of the 3rd District Court of Appeal be retained in office?

Shall Judge Thomas Logue of the 3rd District Court of Appeal be retained in office?

Shall Judge Bronwyn Catherine Miller of the 3rd District Court of Appeal be retained in office?

Shall Judge Martha C. Warner of the Fourth District Court of Appeal be retained in office?

Shall Justice Carlos G. Muñiz of the Supreme Court be retained in office?

This amendment is long overdue, despite arguments from private sector employers that this will be an economic burden. Several economists have been persistent that that increasing the minimum wage will increase the purchasing power of workers, which, in turn, will increase the demand for goods and services, thus improving the revenue of most businesses.

All Voters, Including Voters Registered as No Party Affiliation Vote in Primary Elections for Florida Legislature, Governor, and Cabinet

Currently, Florida holds closed primaries. This means voters are only allowed to vote in their own Party’s primary election, and voters who are registered as having No Party Affiliation (NPA) are unable to vote at all in the primaries.

This amendment would open primary voting to anyone eligible to vote, regardless of party affiliation. Under the current system, the Democratic and Republican primary winners advance to the general election; however, if the amendment is approved, the two candidates who receive the most votes, irrespective of party affiliation, would advance. This means that two Democrats or two Republicans could face each other in the general election.

While some argue opening the primaries to all registered voters is more democratic, this move could make it more difficult for minority candidates (such as African Americans and Caribbean Americans) to get nominated if it’s a free-for-all primary process.

Limitations on Homestead Property Tax Assessments; increased by one year of portability period to transfer accrued benefit to homeowners selling one house and purchasing another.

At face value, this seems to be an amendment that offers a tax break to homeowners. But while some owners would benefit, if approved, the amendment would take much-need revenue away from cities and most likely result in increases in property taxes to take care of the shortfall.

Homestead or Property Tax Discount for Spouses of Certain Deceased Veterans Who Had Permanent, Combat-related Disabilities

While this amendment will also like reduce the tax revenue of local governments, it is arguable if the reduction will be so significant as to warrant increase in property taxes. It will, however, fairly provide what could be a much-needed benefit to the spouses of those who served the country and who may well be financially disadvantaged to these spouses who most likely would be in their senior years.