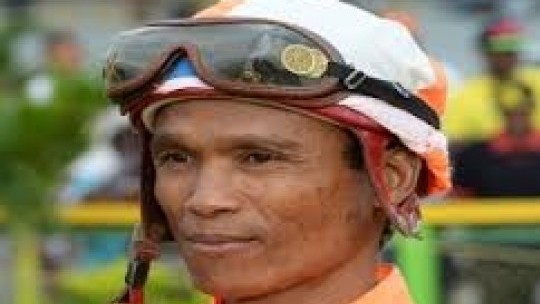 Jamaica’s blazing son of the saddle, jockey Hubert ‘Chinna’ Bartley, was fondly remembered during a service of thanksgiving held at the Waterford Seventh Day Adventist Church in Portmore, St Catherine, on Sunday.

Bartley, who died on March 7, was laid to rest at the Dovecot Memorial Park in St Catherine.

Bartley rode to three Jockey’s Championships and saddled 751 winners from 3,349 mounts, with earnings of $35,118,576, which placed him in ninth position on the all-time jockeys’ list. His first winner was aboard Bold Venture and his last was Hail De King on October 25, 2014.

Bartley rode two Derby winners – Poorlittlerichgirl in 1991 and Mr Lover Lover in 1997. He also rode won six St Leger winners, the most by any rider.