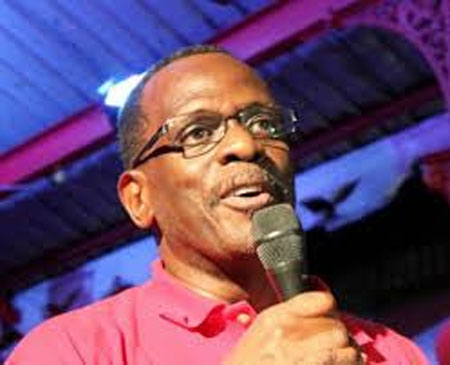 The PSUV candidates won 17 of the 23 governorships even as the opposition complained that the polls were rigged.

Newly re-elected SLP leader, Phillip Pierre said that it is significant that the PSUV has now won 20 of the last 22 nationally-contested elections in Venezuela.

“The SLP supports the position of the majority of Latin American and Caribbean governments that external intervention is not the right way to solve Venezuela’s internal problems,” Pierre said in a statement. “The SLP continues to advocate for dialogue and negotiations between the government and opposition in order to arrive at a lasting solution for the political problems of Venezuela,” he added.

The St. Lucia Labor Party, which also held its annual conference of delegates last Sunday, re-endorsed Pierre, who was elected party leader one year ago replacing Dr. Kenny Anthony who led the party into defeat in the 2016 general election.

Pierre received an overwhelming vote of confidence from the delegates attending the convention, polling 256 votes with only 16 votes against him.

In his acceptance speech, Pierre, the former deputy prime minister in the Antony administration, urged supporters to work collectively. He said supporters should increase their mobilization efforts to ensure that the party is prepared to defend and protect St. Lucia “from the poor governance of the United Workers Party (UWP) government.”