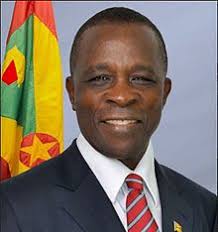 Grenada’s Prime Minister and CARICOM chairman, Dr. Keith Mitchell has hailed the regional response to the recent major hurricanes in the Caribbean, saying the response is further evidence of the need to continue to pursue the goal of regional integration.

Earlier this month Barbuda, and Dominica were devastated by the passage of Hurricane Irma and Maria respectively. The residents of Barbuda have been evacuated from the Island, while Dominica has experienced severe damage to residents, businesses, and infrastructure, and has experienced the loss of life of some 28 citizens.

Heartened by the response

“I am heartened by that the response throughout the region, within the limited means available to us, has been swift and decisive,” Mitchell told the sixth annual meeting of the Caribbean Community (CARICOM) Development Fund in Barbados.

“We don’t have a choice. Because the world in 2004 was a bit different than this one today. The language from the north is certainly different than Grenada found it in 2004,” Mitchell said, in reference to his own country’s experience with Hurricane Ivan in 2004, which decimated the island.

The CARICOM Chairman warned that the road to recovery will be a long and arduous one, which will carry “a huge unenviable price tag.”

“We must therefore maintain the demonstration of solidarity I mentioned earlier on, and build on the momentum created post Irma and Maria in the emergency relief and recovery phase,” he said, before departing for Dominica where he was expected to meet with Prime Minister Roosevelt Skerrit.

Meanwhile CDF Chairman, Sherwin Williams told the meeting that the Fund stands ready to assist Antigua and Barbuda and Dominica with their reconstruction efforts in the wake of the hurricanes, under the current funding cycle.