A new report from the Kaiser Family Foundation says that more than a million Floridians eligible for health coverage under the Affordable Care Act remain unenrolled because they were unaware they qualify.

An additional one million Floridians were ineligible for financial aid under the health law because they earned too much to qualify for assistance, or they had offers of insurance from an employer, or they were undocumented immigrants, according to the Kaiser study.

In total, around 2.78 remained uncovered, including undocumented immigrants and individuals whose income falls within the Medicaid gap.

Currently, Florida restricts Medicaid eligibility to certain categories of low-income people, including children, pregnant women, and parents with dependent children whose household incomes are below 30 percent of the federal poverty level, or about $6,027 for a family of three. 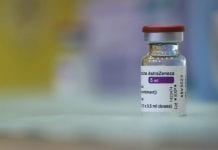 UN: ‘Concerning News’ Vaccines May Not Work Against Variants