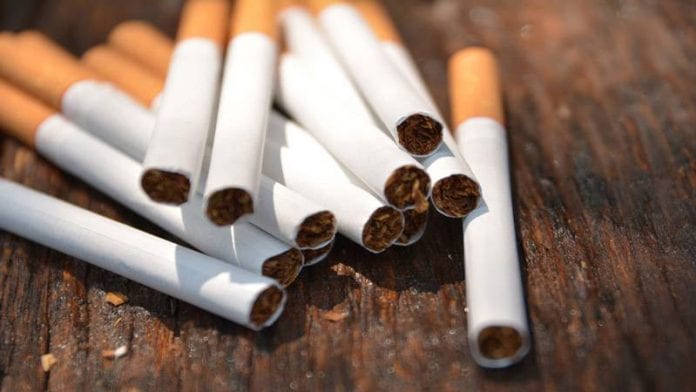 Washington, CMC – The Pan American Health Organization Thursday said that tobacco control measures, particularly those to ensure smoke-free public and work spaces, must be urgently stepped up in order to protect the health of the people of the Americas, including the Caribbean.

“Tobacco use has a major impact on health, killing one person every four seconds globally, and one person every 34 seconds in the Americas. This accounts for a total of eight million deaths worldwide each year, with almost one million in the region. Over half of lung cancer cases are related to tobacco, as are almost half of the cases of chronic obstructive pulmonary disease (COPD),” It said in a message ahead of World No Tobacco Day (WNTD) on Friday.

Threatens lung health of everyone

PAHO said that tobacco is a threat to the lung health of everyone, not just smokers.

It said the campaign for this year’s World No Tobacco Day, “tobacco and lung health”, focuses on how tobacco endangers lung health all over the world, and the importance of implementing effective policies to reduce tobacco consumption and exposure.

“Tobacco is a threat to the lung health of everyone, not just smokers,” said Dr Hennis, PAHO’s Director of the Department of Non-communicable Diseases and Mental Health.

“Every single death related to tobacco use or exposure is preventable. However, while the use of tobacco is declining in the region, the pace of action to reduce tobacco use continues to lag behind global and regional commitments,” he added.

PAHO said in order to reduce the threat of tobacco, countries must take urgent action to step up the implementation of the tobacco control measures outlined in the WHO Framework Convention on Tobacco Control (FCTC), which are reinforced by the 2030 Sustainable Development Agenda.

“The implementation of these measures, particularly those relating to smoke-free indoor workplaces, public places, and public transport; implementing large health warnings, as well as the provision of services for those looking to quit tobacco, are vital to ensuring a smoke-free Americas,” said Rosa Sandoval, PAHO’s Regional Advisor for Tobacco Control.

PAHO said as well as being a major risk factor for lung and other pulmonary cancers in the Americas, tobacco use also causes and exacerbates a wide range of other diseases of the lung.

It said tobacco use is responsible for 46 per cent of deaths from COPD, a progressive lung disease that causes breathlessness and chronic cough. One in five smokers will develop COPD in their lifetime and adults who were exposed to second-hand smoke during childhood are also at increased risk due to impaired lung growth and function.

Tobacco is also a contributing factor to other lung diseases, including tuberculosis (TB) and asthma. Globally, 20 per cent of all deaths from tuberculosis are attributable to smoking, and in the region of the Americas, this figure stands at 15 per cent.

“Smoking more than doubles the risk of transforming latent TB infections, which affect around a quarter of the people worldwide, into active disease. Tobacco smoke is also one of the major triggers for the development or progression of asthma and is responsible for around one in nine asthma-related deaths in the Americas,” PAHO said.

“The FCTC provides a strong, concerted response to the global tobacco epidemic and its health, social, environmental and economic implications. To help countries implement this, WHO (World Health Organization) introduced the MPOWER measures which include monitoring tobacco use and prevention policies; prohibiting tobacco smoke in indoor public spaces, workplaces and public transport; help to quit tobacco use; large health warnings on all tobacco products; bans on tobacco advertising, promotion and sponsorship; and raising taxes on tobacco.”