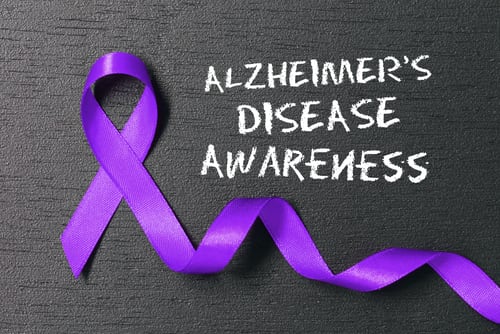 Alzheimer’s Disease is one of the most devastating diseases is affecting families globally. The worst thing about this disease that usually affects seniors is that it robs the patient of his/her cognitive health and virtually remove them from the family even while still alive. Unfortunately, the disease affecting a family member usually has a high emotional toll on the rest of the family.

What is Alzheimer’s Disease

Alzheimer’s disease is an irreversible, progressive brain disorder that slowly destroys memory and thinking skills, and eventually the ability to carry out the simplest tasks. Alzheimer’s, symptoms usually first appear among people in their mid-60s.

Alzheimer’s is the most common cause of dementia among older adults. Dementia is the loss of cognitive functioning—thinking, remembering, and reasoning—and behavioral abilities to such an extent that it interferes with a person’s daily life and activities. Dementia ranges in severity from the mildest stage, when it is just beginning to affect a person’s functioning, to the most severe stage, when the person must depend completely on others for basic activities of daily living.

Causes of dementia can vary, depending on the types of brain changes that may be taking place. It is common for people to have mixed dementia—a combination of two or more disorders, at least one of which is dementia. For example, some people have both Alzheimer’s disease and vascular dementia.

Alzheimer’s disease is named after Dr. Alois Alzheimer, who in 1906 noticed changes in the brain tissue of a woman who had died of an unusual mental illness. Her symptoms included memory loss, language problems, and unpredictable behavior. After she died, he examined her brain and found many abnormal clumps (called amyloid plaques) and tangled bundles of fibers ( called neurofibrillary, or tau, tangles).

These plaques and tangles in the brain are still considered some of the main features of Alzheimer’s disease. Another feature is the loss of connections between nerve cells (neurons) in the brain. Neurons transmit messages between different parts of the brain, and from the brain to muscles and organs in the body.

Changes in the Brain

It seems likely damage to the brain starts a decade or more before memory and other cognitive problems appear. During this preclinical stage of Alzheimer’s disease, people seem to be symptom-free, but toxic changes are taking place in the brain.

The damage initially appears to take place in the part of the brain essential in forming memories. As more neurons die, additional parts of the brain are affected, and they begin to shrink. By the final stage of Alzheimer’s, damage is widespread, and brain tissue has shrunk significantly.

The first symptoms of Alzheimer’s vary from person to person. For many, decline in non-memory aspects of cognition, such as word-finding, vision/spatial issues, and impaired reasoning or judgment, may signal the very early stages of Alzheimer’s disease. Studies indicate such early detection may be possible, but more research is needed before these techniques can be relied upon to diagnose Alzheimer’s disease in everyday medical practice.

In this stage, damage occurs in areas of the brain that control language, reasoning, sensory processing, and conscious thought. Memory loss and confusion grow worse, and people have problems recognizing family and friends. They may be unable to learn new things, carry out multi-step tasks such as getting dressed, or cope with new situations. In addition, people at this stage may have hallucinations, delusions, paranoia and may behave impulsively.

Ultimately, plaques and tangles spread throughout the brain, and brain tissue shrinks significantly. People with severe Alzheimer’s cannot communicate and are completely dependent on others for their care. Near the end, the person may be in bed most or all of the time as the body shuts down.

Scientists don’t yet fully understand what causes Alzheimer’s disease. ‘There’s a genetic component to some cases of early-onset Alzheimer’s disease. Late-onset Alzheimer’s arises from a complex series of brain changes that occur over decades. The causes probably include a combination of genetic, environmental, and lifestyle factors. The importance of any one of these factors in increasing or decreasing the risk of developing Alzheimer’s may differ from person to person.

The Basics of Alzheimer’s

One of the great mysteries of Alzheimer’s disease is why it largely strikes older adults. Research on normal brain aging is shedding light on this question. For example, scientists are learning how age-related changes in the brain may harm neurons and contribute to Alzheimer’s damage. These age-related changes include atrophy (shrinking) of certain parts of the brain, inflammation, production of unstable molecules called free radicals, and mitochondrial dysfunction (a breakdown of energy production within a cell).

There is a great deal of interest, for example, in the relationship between cognitive decline and vascular conditions such as heart disease, stroke, and high blood pressure, as well as metabolic conditions such as diabetes and obesity. Ongoing research will help us understand whether and how reducing risk factors for these conditions may also reduce the risk of Alzheimer’s.

A nutritious diet, physical activity, social engagement, and mentally stimulating pursuits have all been associated with helping people stay healthy as they age. These factors might also help reduce the risk of cognitive decline and Alzheimer’s disease. Clinical trials are testing some of these possibilities.

To diagnose Alzheimer’s, doctors may:

These tests give doctors information about how the person’s memory and other cognitive functions are changing over time.

People with memory and thinking concerns should visit their doctor to discern if their symptoms are due to Alzheimer’s or another cause.

If the diagnosis is Alzheimer’s, beginning treatment early in the disease process may help preserve daily functioning for some time, even though the underlying disease process cannot be stopped or reversed. Early diagnosis also helps families plan for the future, including legal matters, potential safety issues, living arrangements, and develop support networks.

Alzheimer’s disease is complex, and it is unlikely that any one drug or other intervention can successfully treat it. Researchers hope to develop therapies targeting specific genetic, molecular, and cellular mechanisms so that the actual underlying cause of the disease can be stopped or prevented.

Several medications are approved by the U.S. Food and Drug Administration (FDA) to treat symptoms of Alzheimer’s. A doctor will prescribe medication based on the early, or late onset of the disease.  Most of these medication work by regulating neurotransmitters, the chemicals that transmit messages between neurons, and help reduce symptoms, and address certain behavioral problems. However, these drugs don’t change the underlying disease process. They are effective for some but not all people, and may help only for a limited time.

Common behavioral symptoms of Alzheimer’s include sleeplessness, wandering, agitation, anxiety, and aggression. Scientists are studying new treatments—drug and non-drug—to manage these behaviors. Research has shown that treating behavioral symptoms can make people with Alzheimer’s more comfortable and make it easier for caregivers.

Source: NATIONAL INSTITUTE ON AGING of the U.S. Dept of health and Human services