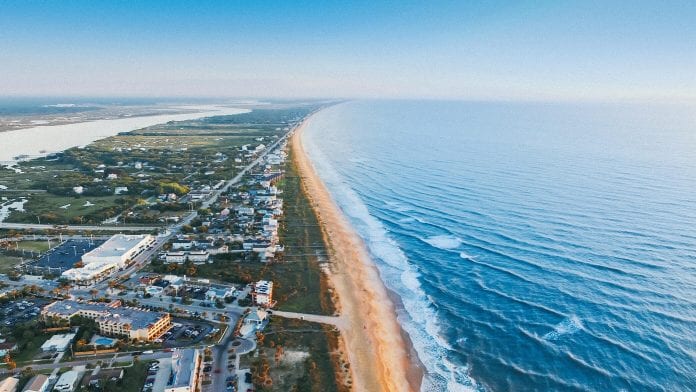 We’re moving toward an interesting period for U.S. small businesses. On the one hand, many of them have been wounded badly by the pandemic and ensuing recession. On the other, the gradual recovery from those problems is expected to lead to a burst of innovation and entrepreneurship, in time. This is likely something we’ll see in Florida specifically as well.

Per a Tampa Bay Times update on Florida’s economy, the state entered a “partial recovery” in October. Retail spending has begun to creep up, and more businesses are welcoming back customers as unemployment ticks down slowly. Some believe that the winter will slow this recovery if coronavirus cases are allowed to spike (as unfortunately seems likely in Florida). But even if this is the case, 2021 should bring about more positive economic indicators.

Regarding the aforementioned expectation of a burst in innovation, there’s a good chance that this gradual recovery will actually include the emergence of new businesses. And given this possibility, we decided to point out a few important points for people considering starting such ventures in Florida to be aware of.

1. The Florida Startup Scene is Thriving

In recent years Florida has climbed the ranks as one of the top states in which people are looking to start businesses. This is thanks in part to South Florida’s emergence in the tech industry. As was explained in a Forbes article on Miami as a new tech hub, local events and outreach to Hispanic communities are resulting in a great deal of interest in this sphere — to the point that Florida as a whole is becoming notable in tech circles as well. This means that it can be a fairly competitive state to launch your startup in — but it also means that there are communities and resources for you to learn from and take advantage of. Small business communities can snowball, such that new businesses pave the way for more new businesses, which makes Florida ultimately an attractive option.

2. There’s Funding to Be Had (In Certain Places)

Along with Florida’s rising prominence on the startup scene, there has been an influx of funding for new businesses — albeit one that’s largely concentrated in a few places. Naturally the Miami area attracts funding, given its status as an emerging tech hub. Additionally, an Inc. piece on Florida startup funding described Tampa as a city on the rise where startup funding is concerned. That same piece also pointed out that Florida ranks fifth in the nation in venture capital dollars, though — meaning there’s really money to be had for new businesses throughout much of the state.

3. You Can Formalize Your Business Online

If and when it comes time to formalize your business as an LLC — generally a wise step for tax purposes and for liability protection — it’s worth noting that the state allows you to do so entirely online. Per ZenBusiness’s outline of the Florida LLC process, the official forms involved — such as application for a company name, or the state Articles of Organization — can be submitted via online portals. There can still be a somewhat tedious aspect to setting up an LLC, but the ability to do it online in Florida takes some of the hassle out of it. It may even make you more likely to consider an LLC in the first place, which is generally a good idea for a business with growth aspirations.

4. The Tax Incentives Can Help With Recruitment

As you may well be aware if you’re considering starting a business in Florida, the state does not have an income tax. This is sometimes cited as one of the reasons that Florida appears to be attracting more startup founders, and it’s certainly something that appeals to business owners. But this can also be used as a tool for recruiting employees. If you’re starting a business with the hopes of competing for young, up-and-coming talent, the draw of income without state income tax may help you to attract just such candidates.

Our final consideration is a new one. As noted in our post on ‘Florida Voters Back Raising Minimum Wage to $15 Over 6 Years’ the recent elections are leading to a shift in minimum pay throughout the state. While the new $15 minimum wage won’t take effect immediately, it will be the new standard, which is something for any new business to be aware of. Naturally, the hope is to grow a company to a point at which employees are salaried, and comfortably so. But particularly in the early going, and depending on the nature of your business, it’s worth keeping in mind that there’s a new minimum pay scale.

Hopefully these points have given you a clearer idea of the incentives and processes involved with starting a business in Florida. Good luck with your new venture in the Sunshine State!