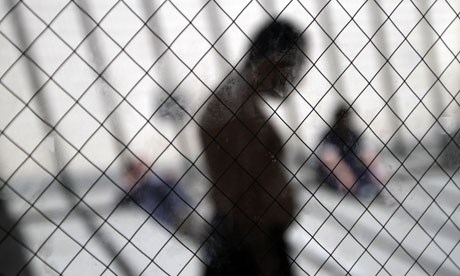 Immigrants from Guyana, Jamaica and Africa are being unfairly singled out for bad treatment at the Aripo Immigration Center in Trinidad and Tobago according to the advocacy body, The Emancipation Support Group.

Khafra Kambon, chairman of the Emancipation Support Group, is upset that despite repeated efforts to meet with TT’s National Security Minister Edmund Dillon, the minister has not dignified their efforts with a response.

Khambon said there are persons who have been detained for more than four years. Some have lost their mental faculties due to the ordeal while others have attempted suicide.

“It’s very heartbreaking because you cannot treat human beings like that. Indefinite detention is considered a form of torture on other jurisdictions,” said Khambon.

“A lot of abuse is taking place in this system. The stories are unbelievable as to what some of these people are subjected to. There are people who have tripped off under those conditions. It’s a real torture when you have no pathway to get out and day after day you are hoping for something to happen. It affects your mind. There are people who have suffered mentally in there,” he said.

He said even officers and employees at the center have complained about the squalid conditions.

Khambon indicated lawyers have initiated legal action to help a couple detainees but the process is long and costly. The inmates need more lawyers to come on board and assist to get these people help.

Some detainees face acts discrimination from the center’s employees.

“For all the years we have been involved in this, we have said there’s a clear pattern of discrimination against detainees from the continent of Africa,” Khambon said.

He said people from Guyana and Jamaica are next on the list in terms of discriminatory treatment from immigration authorities.