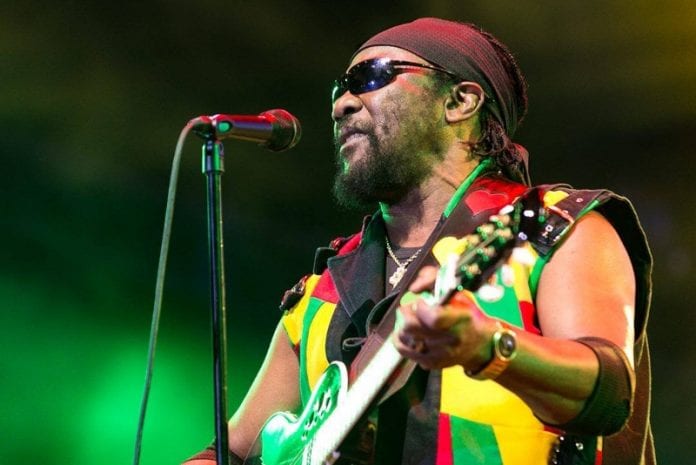 Toots Hibbert of the veteran Jamaican reggae group Toots and the Maytals has instructed a team of intellectual property managers to investigate who has been collecting publishing and royalties for his 1966 Jamaica Festival Song, “Bam Bam.”

Hibbert, 77, said he has never collected royalties for the song.

“Not a cent… I am the writer, the arranger, the composer, the singer and the producer of the original song,” he said.

According to Hibbert, he is listed as the principal songwriter in the U.S. Copyright Office in Washington DC.

Cabel Stephenson, manager of Toots and the Maytals, said the singer has also instructed his publishers to do a thorough forensic accounting of all those who have covered his song without giving him credit.

“It is well established and cannot be disputed that he is the owner of his song and it was also registered in the U.S. Congress, so all who have been using his copyright without contacting him will soon discover who is the true intellectual copyright owner of this song. It’s a matter of long run, short catch,” he said in a press release.

The copyright law of the United States grants monopoly protection for “original works of authorship.” The exclusive rights are subject to a time limit and generally expire 70 years after the author’s death. In the United States, any work published before January 1, 1925, is generally considered public domain.

Hibbert is currently promoting Got to Be Tough, his first album in a decade, to be released by Trojan Jamaica/BMG Records on August 28.

The singer said he met Sister Nancy, who did a popular cover of “Bam Bam,” backstage at a festival backstage in Europe years ago.

“She came to me and told me she never knew that it was my song, and the song was done before she was born. At the time, I respected her as an artiste trying to help herself and this song provided a lot of help for her career. So, there’s no ill will, just the business,” he said.

Hibbert’s original version of “Bam Bam” inspired Sister Nancy’s 1982 version which has gained worldwide popularity. Produced by Winston Riley, it borrows heavily from the chorus of the 1966 festival song. Sister Nancy’s version also made it to the soundtrack of the 1998 film Belly.

American Lauryn Hill interpolated features from “Bam Bam” in her own song, “Lost Ones,” from the 1998 album, The Miseducation of Lauryn Hill.

Kanye West featuring Rihanna sampled “Bam Bam” on the 2016 song “Famous” from The Life of Pablo.

Beyoncé used a sample of “Bam Bam” interpolated with her live performance of “Hold Up” from her 2016 album Lemonade.

Jay-Z sampled the song in “Bam” from the 2017 album 4:44. Jay-Z traveled to Jamaica to record the music video for “Bam.” While on his visit, he met Sister Nancy, who is featured in the video.

Hibbert was a finalist in the 2020 Jamaica Festival Song Competition won by Buju Banton.

Hibbert said, “‘Bam Bam’ is a very dear project to me, because it was my first festival song winner. When I saw what was going on in the world, what the world was coming to…I came up with ‘What a Bam Bam,’ to talk about what I saw around me, the fighting, the taking of things that wasn’t theirs, the killing. It’s a bam bam, what a bam bam, it has several meanings. Even a sexy girl walking down the road, you can appreciate her and say: ‘What a bam bam!’”