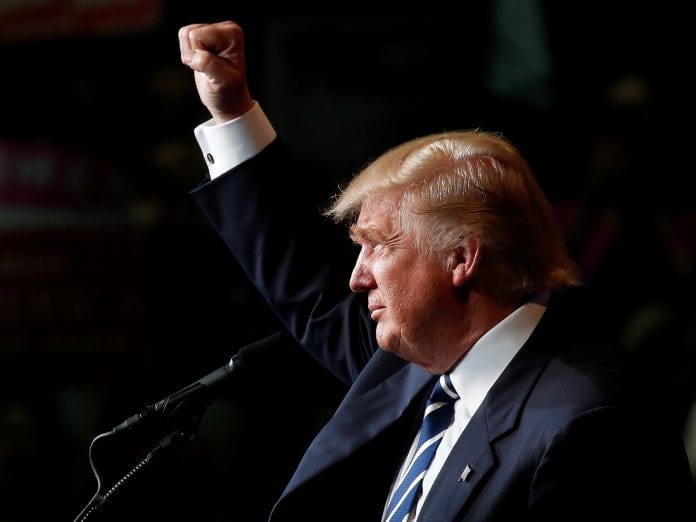 Trump’s main objective is to now heal the divisions

Saying the outcome of the US presidential elections, with Donald Trump winning, shocked most Caribbean-Americans is an understatement.

It’s no secret; the majority of Caribbean-American voters were Hillary Clinton supporters, who were convinced she would have been elected.

However, the majority of polls and predictions by most analysts were badly off. Trump is the president-elect of the United States.

Despite the pain of the loss, there’s no sense in the community giving way to doubts, hopelessness and fear. The Democrats have lost elections in the past. Al Gore’s narrow and controversial loss to George W. Bush in the 2000 presidential elections was also devastating, but America prevailed and Democrats eventually rebounded.

Now is the time for Democrats to do so again and find strength from Tuesday’s humiliating loss.

The immediate response to Clinton’s defeat and Trump’s election is for Americans of whichever party and race to heal the vast divide created by the bitter election campaign.

This should be one of the priorities of President Trump. He made controversial comments during the course of the campaign, including about immigrants that created fear among a large percentage of Americans.

Exit polls conducted on Tuesday indicated 30 percent of Americans are scared of a Trump presidency, and 26 percent concerned. It’s Trumps responsibility to dissuade this fear and administer the country in a manner that restores hope and faith in America.

Hillary Clinton should also be involved in the healing process. She received a significant percentage of the popular vote. When all the votes are confirmed she could even win the popular vote nationally.

Moreover, she won the majority vote in the urban areas of pivotal states like Florida, Ohio, Pennsylvania, Michigan and North Carolina. Although she no longer holds an elected office she still is a voice of influence and should not be reluctant to collaborate with Trump.

It will also be incumbent on Congress to work hard to represent their respective districts, support the president, and promote diversity in their districts.

One of the reasons exit poll data showed 60 percent of American voters expressed anger with Washington was because for the past eight years some representatives spent their time derailing the urban policies of President Obama.

Residents in every congressional district, House and Senate, must be aggressive in insisting the demands of their district, respective communities, states and the nation are effectively addressed by their Congressional representatives.

America elected a new president, and representatives in the US House and Senate, to improve the standard of their lives, must not spend the next four years railroading policies critical to the people.

One fear of Caribbean-Americans is Trump’s threat that under his administration the Affordable Care Act, Obamacare, will be repealed. However, this threat, endorsed by other Republicans, is easier said than done. It takes a two-third majority in Congress to repeal a law, and every Democratic representative in Congress must fight hard to prevent such a majority from prevailing for the majority of Americans who depend on Obamacare.

Mr. Trump must be commended on his victory. Throughout his presidential bid he confounded his critics. He won the Republican nomination from a field of 16 other contenders, defeating experienced politicians including former Florida Governor Jeb Bush. After his nomination, he was given little chance to win the presidency, but he successfully built a coalition of white voters and is victorious.

Unfortunately, his campaign polarized the nation further than it had been. He should now cast his campaign strategy aside and seek not only to be the nation’s Commander-in-Chief, but also its Uniter-in-Chief.

He has the most effective platform in the nation and the world from which to reach out to Democrats, Liberals, African Americans, Hispanics, Muslims, and other groups, to make America even stronger and greater.

Despite the pain from Clinton’s loss, all those who didn’t support Trump and those who supported him, must insist his presidency is one that brings Americans together. This will be one of the key objectives of his administration.