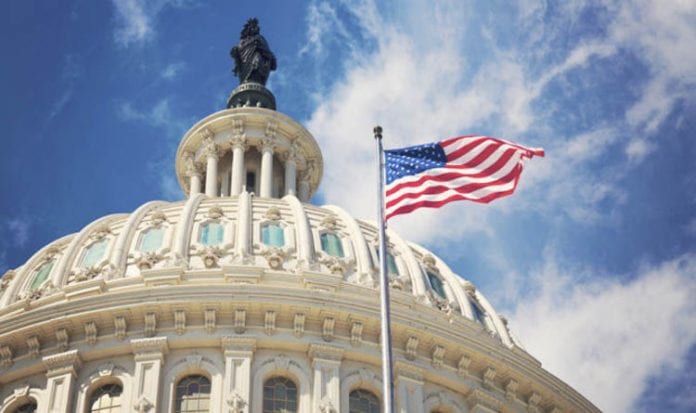 WASHINGTON, D.C. – For a progressive nation, the United States has one of the more regressive, anachronistic, and misogynistic political systems. The system is still tied to a Constitution originating in the late 1770s and more relevant to circumstances of that era than those that prevail today.

Although the founding fathers in 1775 made it possible for articles within the Constitution to be amended by two-thirds votes in the U.S. Congress, such amendments are relatively rare. And, while public opinion has often been very critical of some articles, not many members of Congress have been bold enough to initiate relevant amendments.

Alas, in American politics, the more things need to change the more they remain the same.

For example, the nation’s independence began with the president being a white male, and 245 years later it’s a white man who again will be likely voted to lead the nation despite it being much more diverse than it was in 1775.

When the Democratic Party launched its race in January 2019 to nominate a candidate to seek the presidency November 2020, there was reason for optimism as the list of candidates so aptly represented the nation’s diversity. There were African-American, Hispanic-American, Asian-American, European-American, male and female, old, and young candidates, including one representing the LGBT community. But, before the first poll has been cast to vote in a caucus or a primary election to select the nominee, only white candidates are left standing, and the odds seem certain that the nominee will again be a white man, perhaps a very rich white man.

It’s unfortunate that in 2020 the national discourse a few days ago centered around Democrat Bernie Sanders alleged comment that a woman cannot be elected president of the nation. Whether Sanders made this comment or not, the fact remains his comment is reflective of the prevailing misogyny in American politics. Undoubtedly, there are men and women in America who vehemently believe a woman should not be president.

Although Hillary Clinton came very close to winning the presidency in 2016 and was arguably robbed by the Russians and FBI Director James Comey’s intervention in those elections, there were voters who didn’t vote for her because of her gender. And, reflecting a blatantly outdated aspect of the American Constitution, although she won the popular vote by over three million votes the anachronistic system of using the electoral colleges to determine who is eventually elected president doomed her being elected.

The presence of Democratic Party candidates from several minority races teased some Americans to believe that once again the president could emerge from a minority race. But none of these candidates were able to garner the financial support to keep their candidacy relevant, and have all dropped out of the race. Their futile experience at the attempt to be president is a reminder of the several men and women, mostly African-Americans, who made bids to be president prior to Barack Obama’s success in 2008, and failed badly because they could not generate sufficient confidence in a coalition of voters. The unfortunate experience of the latest minority candidates seeking the presidency, in retrospect, makes Obama’s success seem more of a once-in-a-lifetime miracle, than the progress many thought it was.

The system is also set against candidates who want to be president but are not wealthy individuals with the ability to generate the required funding to successful conduct a lengthy presidential campaign. It’s increasingly obvious that the race for U.S. president isn’t for the candidate with the best leadership potential, but the wealthiest or the one that can raise more funds. Whilst not criticizing Michael Bloomberg or Tom Steyer for their wealth, and the real possibility that either of them could become the Democratic Party’s presidential nominee because of this wealth, people are justifiably questioning why not introduce guidelines to a candidate’s financial prowess in American elections.

The quality of the men, or women, who could become president of the United States in the future will be seriously compromised if some element of reform is not made to the maximum funding a candidate seeking to be elected can have available.

As America enters into the real frenzy of another presidential election in 2020, it is almost certain that the system for electing the next president ensures it will be another rich white man or a white man with significant campaign wealth. So, it’s true. The more times have changed the more the American political system remain the same.

But, for future generations, change is gravely needed. America’s political system risks serious jeopardy if it keeps shunning potentially capable presidential candidates because they are women, from minority races, or not wealthy enough.