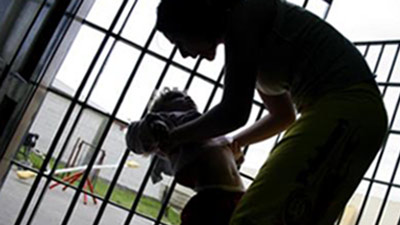 There’s a cloud persistently hovering over Jamaica that seems to get darker and darker. This is the cloud of sexual abuse of girls, some reportedly as young as 10.

Based on reports the scourge of sexual abuse of young girls and teenagers on the island, has increased over the past two years. However, this has been a perpetual scourge on the society. It’s just that before the former and current government took formal steps to clamp down on this atrocity, which ruins young girls and women psychologically and physiologically, the majority of cases were not reported mostly through fear of reprisal or shame.

Last week, the head of the Centre for Investigation of Sexual Offences and Child Abuse (CISOCA) – Enid Ross-Stewart, told a joint-select committee of Parliament, currently reviewing Jamaica’s sex laws, that pastors and policemen are among the main perpetrators of sex offences against minors, mainly girls. According to Ross-Stewart, the agency “constantly arrested high-profile members of the society,” and in particular pastors and policemen.

This  revelation is shocking but not surprising. Anyone who has followed the Jamaican scene closely will attest to the betrayal of trust by some clergymen, police officers, and male teachers who lure young girls on pretense to be helping them socially, only to take advantage of their sexual innocence.

The CISOCA report coincides with damaging reports of high-level pastors in the Moravian Church charged with sexually molesting young girls aged15 and under.

However, casting blame on a particular church, the church as an institution, police and teachers, is to look at the problem of sexual abuse of minors in Jamaica through half-skewed eyes. Neither can the problem of this abuse  be associated solely with poverty, although there definitely is some correlation.

Underage girls are being abused across the country in all classes. There have been reported incidences of sexual abuse of minor female members by their male relatives in poor and middle class homes.

There’s a serious sociological problem based on a high level of perverse behavior. Several men reportedly believe that they need to be the first to take the virginity of their young female relatives. Through abject ignorance, men also believe that having  sex with a female minor is the cure to venereal diseases. But the prevailing cause of the sexual abuse of minors in Jamaica is the growing trend by grown men to have sex with young girls, as substitute sexual partners compared to their much older sweet- hearts or wives, A common theme among some Jamaican men is “Me have fi find a young ting,” (translated –  having a young girl lover).

This is where poverty can be considered a cause of sexual abuse. Many of the girls who are abused are from poor homes, headed by single mothers who are unable to provide the basic necessities of life including school uniforms, shoes, books and material, male predators entrap these girls with cash or kind, seeking sexual favors in return. It is not unheard of for mothers to encourage their young daughters from she blossoms into womanhood to offer sex in return for groceries, or money to pay the rent, and other bills.

The situation gets real sickening when a young girl who is enduring financial hardships or has  personal problems turns to a pastor or a policeman as she believes she can trust and confide in for counsel and help, but then ends up forced into exchanging sexual favors.

It becomes more scandalous and hypocritical when the pastor that’s sneaking around having sex with a minor, is the same so-called religious leader who vehemently condemns his parishioners to burn in hell for committing fornication and adultery. What blatant hypocrisy!

There’s an unfortunate tendency for society to cast blame on some of these young girls for dressing too provocatively, and enticing men into having sex with them. Women have been enticing men since Eve offered the prohibitive apple to Adam to take a bite. Grown men, so-called respectable men of the community, must be able to exercise self-control that prohibits them from having sex with a minor regardless how sexually appealing her body may be.

The only possible way to curb this sociologically mess in Jamaica, and here in the US too, is to set Draconian penalties that will serve as a deterrent against a man even thinking of having sex with a minor. This dark cloud, this scourge must be removed, A very important component of our societies future, our young women, are being tarnished and destroyed. This scourge must be stopped.