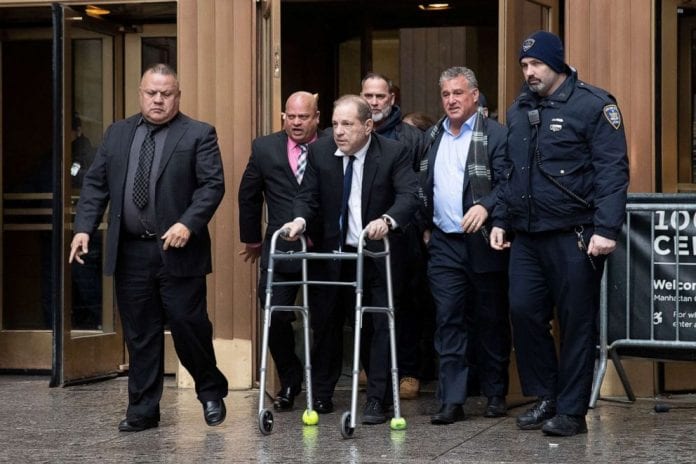 MIAMI, Florida – The sexual harassment/rape trial of Harvey Weinstein—the man whose alleged violation of women who worked with him in the movie industry sparked the “Me Too” movement—is underway. This trial and the circumstances that led to the charges against Weinstein refocuses attention to the issue of sexual harassment at the workplace.

Sexual harassment has been a workplace problem for years. Prior to the 1980s, sexual harassment (particularly of women) wasn’t subject to legal liability, and perpetrators received only “a slap on the wrist.” However, civil rights activists saw this as discrimination against women at the workplace, and contrary to Equal Employment Opportunity regulations.

The Equal Employment Opportunity Commission (EEOC) defines sexual harassment as: “Unwelcome sexual advances, requests for sexual favors, and other verbal or physical actions, and for barring employment or career advancement because of one’s gender.” Generally, in the workplace, sexual harassment is described as any incident in which someone directs unwanted sexual attention towards another.

Today, laws exist that makes acts of sexual harassment in the American workplace punishable by immediate dismissal, and the payment of significant funds to victims for damages. However, these laws have attracted stern critics.

It’s argued that the introduction of workplace sexual harassment laws has created a hostile environment and a divide between female and male employees, especially in companies with a large complement of both genders. Some people insist that the laws make the workplace a battlefield between the sexes. Reference has been made to sexual harassment accusations where partners in once cordial, even romantic, workplace relationships that turned sour, unfairly accuse other partners of making “unwelcome,”  or “unwarranted” sexual advances. Indeed, there are instances where employees, including managers, have been terminated having been accused by former romantic partners. This is a  reason why several companies discourage and even prohibit romantic relationships between employees.

Another criticism against sexual harassment laws is they do not take into consideration workplace cultural diversities. For example, what some male employees from the Caribbean may view as a compliment or a joke when referring to a woman’s dress, hairstyle or posture most likely is considered sexual harassment according to U.S. workplace laws.

Other critics claim sexual harassment laws are unfairly skewed in favor of women. However, while the laws may have been made to protect women against workplace harassment and discrimination, and more women have been victims, reports indicate women aren’t the only victims. In 2017, there were 11,717 charges of sexual harassment in the U.S. courts Of those charges, 17.6 percent were from men, up from 11.6 percent in 2010.

Despite the criticisms, undoubtedly, sexual harassment is a serious and costly workplace infringement. Victims of workplace sexual harassment usually suffer loss of self-esteem, humiliation, psychological injury, and very often damage to professional reputation and career. Some victims, although winning a sexual harassment case, leave the workplace rather than face potential problems because of the claims they made.

Sexual harassment claims can cost companies loss from absenteeism, lower productivity and employee morale, and sometimes high employee turnover, plus paying high court costs and damages to alleged victims, and a blight on the company’s reputation in its target market.

Regardless of one’s cultural background, or any perceived unfairness of workplace sexual harassment laws, these laws do exist for all the right reasons. Breaking them can have serious repercussions for victims, accusers and businesses. These laws must be adhered by managers and employees. Such adherence must be a persistent focus of workplace training. It’s irresponsible for any business, small or large, not to pay attention to these laws. Ignoring them has too many potential adverse implications, not only for the present, but in the long-term future.

Too often, some businesses are hesitant in coping with sexual harassment at their site. These businesses risk leaving themselves and their employees open to unnecessary liability that is potentially very damaging. There is no need for such hesitancy. The law requires businesses to take steps against such harassment. It’s therefore responsible for every business to develop a sexual harassment policy, communicate that policy to its employees, and have relevant procedures to enforce that policy.