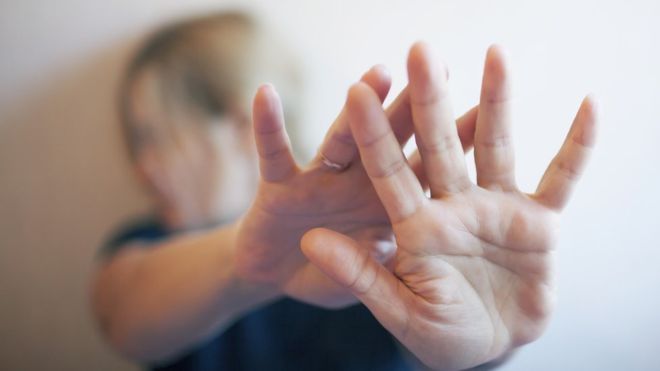 MIAMI, Florida – It is unfortunate that in the modern, fast-paced news cycle with bombastic breaking and headline news every day, some of the news that affects the daily lives of the men and women in the street seem to be glossed over, and hardly paid attention to. One of these things is the scourge of domestic abuse and violence.

Recently, here in South Florida, there has been news of prominent athletes who have been sacked by their teams for abusing their female partners. Also, locally and in the Caribbean, there is news of lives being lost to domestic abuse. It’s heart-rending that one of the factors contributing to the stubborn high incidence of violent crime in the Caribbean is domestic violence and abuse.

The lives of far too many women and children have been lost as a result of domestic violence, and far too many families and homes destroyed and scarred.

Domestic violence is a scourge that has inflicted societies globally for centuries. In some countries as despicable as domestic violence against women is this is not seen as a scourge, as women are completely subversive to men. However, this is not accepted in the Western Hemisphere, definitely not in the Caribbean or North America.

However, domestic violence occurs daily taking a serious toll on households—regardless of race, class and economic status—across the United States and the Caribbean. Millions of children have been seriously emotionally scarred by the occurrence. Domestic violence also makes a serious impact on the economy from loss of man-hours and the cost of finding secure refuge for abused women and children, and for funding related law enforcement and incarcerating the abusers.

Despite action, including a national law against domestic violence, and aggressive action by law enforcement, incidents of domestic abuse continue unabated. Most of this abuse even within families and close neighbors may not be known for only a relative few cases are reported or make the news cycle.

Recent studies indicate that modern stresses, especially financial and work-related stresses, and the impact of social media in exposing infidelity and other behaviors adverse to domestic relationships. are contributing to the persistence of domestic abuse.

Although men are normally seen as the perpetrators of domestic violence on their female partners it isn’t unusual for men from the Caribbean to say it’s the “system” in America that brands them as perpetrators of domestic violence. Some men claim in the Caribbean certain abusive behavior meted out to their female partners and children is more tolerated and acceptable, but on coming to America they feel “disrespected” by their women. This is so because it’s not unusual if they attempt to abuse their women, the women will call in law enforcement, and the risk of arrest looms. Some men even complain they are “set up” by their women;  “provoked” into acting violently, leading to their arrest.

The fact is whether living in the Caribbean or America, men of whatsoever social standing, regardless of the circumstances of their romantic relationship or marriage must strive restraint and refrain from using violence on a woman.

But men are not the sole perpetrators of domestic abuse. Although some women may not resort to physical violence, some use words as weapons or portray actions that demean and humiliate their men.  There definitely is such a thing as verbal domestic abuse.

There are incidences where men from the Caribbean on relocating to America, because of the inability to find employment or being underemployed, are unable to make similar economic contributions they made to their households in the Caribbean. They find themselves depending on their women who are usually more fortunate in finding employment. Several of these men complain their women constantly throw this dependency in their faces making them feel “less than a man” and hopeless.  Women who act this way are guilty of domestic mental and verbal abuse.

Neither domestic physical nor mental abuse is acceptable, but these acts of abuse are happening daily, undisclosed in thousands of households across America and the Caribbean.

Sadly, laws, adverse publicity, counseling, and other measures have not curtailed domestic abuse. These incidents can only stop if men and women who are inclined to be abusive learn to really respect each other, or realize when a relationship has reached the point where physical blows or humiliating words become more prevalent than love, respect and reconciliation it may be better to use their legs to walk away, rather than their arms and lips to abuse their partners and destroy themselves and their families.

They should always remember that one of the negative results of domestic abuse is the lasting scars it leaves on the life of their children, a scar that has the potential of ruining them from establishing strong families in the future,