Proposed bill to replace Obamacare must be opposed 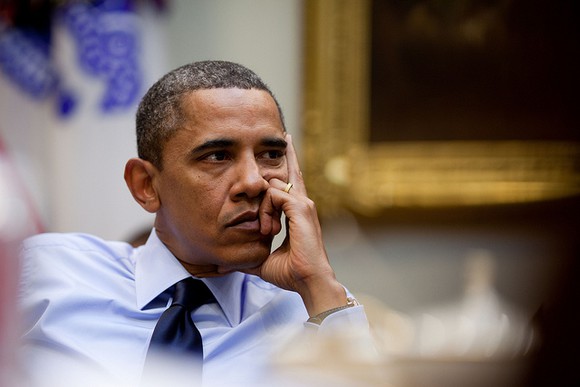 The threat to repeal the Affordable Care Act (Obamacare)  since Republicans took over the White House, the US House and Senate, ratcheted up on Monday when Republicans in the US House released a proposed bill titled, the American Health Care Act.

At first perusal, the bill seem a revision of the Affordable Care Act, but on closer look the Republican bill guts crucial provision of the existing healthcare law.

Obviously, in an attempt to strike a compromise with Democrats opposed to repealing Obamacare, and appease millions of Americans protesting any pending repeal, the proposed bill maintains popular Obamacare provisions.

These provisions include continuing to provide health insurance to young adults up to age-26 on their parent’s plan. It also would continue offering insurance coverage to people with pre-existing medical conditions.

However, the bill would seek to deny Medical Expansion, a very important provision of Obamacare, to millions of low-income Americans as of 2020. This would appease Republican governors like Florida’s Rick Scott who has stubbornly refused expanding Medicaid to low-income Floridians despite the provisions under the ACA, that would provide the state with millions of federal dollars.

Under the proposed Republican bill, when Medicaid is frozen in 2020, the federal government would replace it with state grants to supplement state’s healthcare and private insurance programs. Low-income residents would receive refundable tax-credits to purchase health insurance market. This is a futile proposal which would remove health coverage from millions. Refundable tax credits to people earning low income could hardly purchase any significant health coverage.

The core of Obamacare is to offer health insurance to people who cannot afford the coverage. The opposition must be strong and relentless to ensure Medicaid Expansion is retained long-term in any new federal healthcare law.

Four Republican Senators are to be commended for indicating their opposition to the House proposal to phase out Medicaid Expansion. Senators Rob Portman of Ohio, Shelly Moore Capito of West Virginia, Cory Gardener of Colorado and Lisa Murkowski of Alaska informed Majority Senate Leader Mitch McConnell they are concerned “any  poorly timed change in the current funding structure in Medicaid could result in a reduction in access to life-saving health care services.”  That’s an appropriate summary why the proposed bill must be vehemently opposed, and sends a message to Florida’s representatives in the House and Senate.

It’s estimated over 12 million Americans, including children, have benefitted from expansion to Medicaid under Obamacare. It would be immoral, and an atrocity, to see the majority of these Americans lose health coverage.

While the bill proposes ending Medicaid Expansion, it also proposes to cap tax credits currently provided under Obamacare. The Republicans argue wealthy Americans should not qualify for the tax credit, so instead of being tagged to income the credit would be tagged to age. Under the proposals older Americans would receive tax credits ranging from $2,000 to $4,000 to help them pay for health coverage. Tax credits would be phased out for individuals who make over $75,000 annually, and households with incomes over $150,000.

However, with health insurance to be sold on an open market rather than through the controlled federal marketplace several people who were able to purchase insurance, especially the higher-end health coverage. with the assistance of tax-credits would be hard pressed to purchase insurance.

The new proposal also includes a plan to defund Planned Parenthood for a year. This is another essential program benefitting not only women, but low-income women, who cannot afford care like critical cancer screenings and pre-natal care, available at low cost or free at Planned Parenthood clinics. One year without funding could force several of these clinics to close.

Among other provisions the proposed bill would remove the mandate for every American to have health insurance.

One wonders if the proposed Republican bill is a serious attempt, or a means of testing the reaction to the changes proposed. Some provisions are already displeasing to conservative and moderate Republicans. Despite the attempts to preserve two key provisions of Obamacare, this proposal must be totally opposed by all Congressional Democrats.