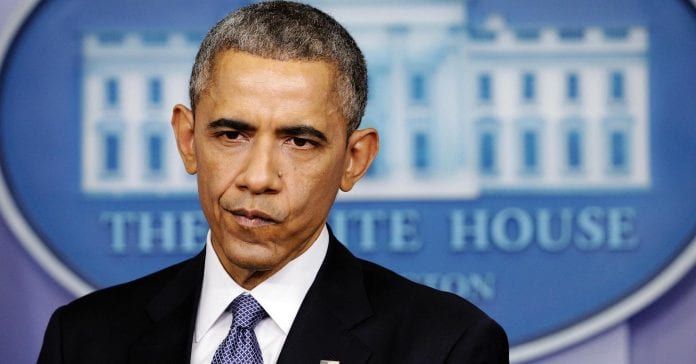 After seven years attempting to repeal it; after campaigning against it in four election cycles from 2010 to 2016; after the incumbent president promised repeatedly to replace it on “Day one” of his administration; and despite owning the presidency and majorities in the US House and Senate, Republicans failed to repeal and replace the Affordable Care Act so aptly nicknamed ObamaCare. Obama-care remains the law of the land.

It remains the law of the land because in the hasty attempt to repeal and replace this law signed by President Barack Obama in 2010, Republicans drafted a replacement bill that was blatantly cruel. It was a bill this newspaper predicted would fail because of its inhumane cruelty. It was a bill that increased the cost of insurance to seniors who need health insurance most. It would have removed insurance to millions of low-income Americans, who can hardly afford to feed their families much more healthcare. It would have removed access to healthcare for pregnant mothers, the mentally ill, among other benefits.

The Republican bill was created in arrogance. It’s authors did so in relative secret, without the knowledge of some of their own members. The arrogance of Republican leaders convinced them the bill would be passed in the US House, without the support of Democrats just seventeen days after it was released, and subsequently by the Senate in another two weeks. This arrogance extended to the White House where President Trump who prides himself as the negotiator-in-chief, and master-deal-closer, was confident he could use his influence to get this bill approved in record time.

The bill failed because Americans were not ready to have this bill pushed down their throat like bad medicine. Americans protested repealing and replacing Obama-care even before being aware of the Republican bill. Republicans and Democrats pressured their congressional representatives, and protested at rallies across the country not to take away something they never had prior to 2010 – affordable healthcare. It’s evident there are Republican congressional representatives who heeded these protests.

Although the failed attempt to repeal and replace ObamaCare is a sweet victory for proponents of that law, the victory is far from complete. A battle has been won but the war still rages.

Speaking from the White House moments after the Republican’s healthcare bill was pulled, Trump predicted “Obamacare will explode.” Americans must now remain vigilant to ensure clandestine moves are not taken to influence the “explosion” of Obamacare.

Admittedly, there are aspects of Obamacare that needs improving. Most social programs take years to perfect as   they adjust to changing characteristics of the society. The Social Security law continues to be tweaked some 82-years after it was signed. With Obamacare being the healthcare law of the land, like Social Security, there’s need to keep on fixing the flaws in the law.

Despite the flaws in Obamacare, it does meet a national demand for affordable healthcare. It should be the responsibility of Republicans, instead of trying to repeal Obamacare, to work in a bi-partisan manner with Democrats to improve this law of the land.

The Republican healthcare bill also failed because of the factions among Republicans. Since neither the Republican nor Democratic Parties are monolithic, it’s often difficult for the factions within the parties to reach consensus and pass critical legislation. However, it’s possible for a faction within one party with similarities to a faction within the other to reach agreement through skillful bi-partisan maneuvering.  For example, moderate Republicans and moderate Democrats may be more likely to reach bi-partisan agreement, than different factions within each party.

In order to fix the flaws in Obamacare and pass pending legislation like the federal budget and immigration reform, bi-partisan compromise will be needed. Failure to pass immigration reform under Obama, and replace Obama-care, proved it’s difficult to succeed without bi-partisan compromise. This should be an important lesson to Congressional leaders and President Trump.

Bahamas PM Urges Caution as the Country Enters Another Phase of...