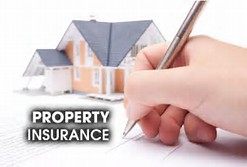 Despite all the modern technological and scientific advancement, none of these can avert the might of a natural disaster. In South Florida. we live in a hurricane zone. Despite precautions, there is no perfect methodology to determine in advance whether, or not, a storm if going to hit, when or exactly where.

It’s a fact, people everywhere are vulnerable to natural disasters. The best that communities can do is to prepare adequately, as best as they can, for the eventuality of a natural disaster like a hurricane.

In South Florida, these preparations include not building homes too close to beaches, but Miami Beach is crowded with expensive homes; building homes with material that is resistant to wind, but many new buildings are encased with glass, although these glass-walls are said to be wind resistance. It also means homeowners must ensure they have adequate wind and flood insurance.

However, this is where there’s a major problem.

Today, Citizens, overburdened with too many policy holders, have spawned off some of its clients to smaller,  newer property insurance companies. But all these companies are controlled by the state.

Premiums are now correlated to whether, or not, a house is equipped with wind resistance windows, doors, the kind of roof, and hurricane shutters; the location of the house and so on. More disconcerting is that deductibles, the amount homeowners must pay out of pocket in case of damage to their house, have risen from an average of 5 percent of the insured coverage in1992, up to 20 percent in some case.

When a storm hits South Florida, damaging several homes, homeowners will experience serious financial plight finding the funds to conduct repairs. Some homeowners will need to meet as high as 20 percent of the repair cost.

Another serious problem in South Florida is in recent years several areas in the region have been officially designated not to be flood zones. If one lives in an area that’s not a high-risk flood zone property insurance companies do not routinely sell flood insurance. This really makes no sense in a region that’s in a hurricane zone, subject to major unexpected floods from these storms.

If one wants to protect their homes from storm flooding, one has to buy a separate flood policy from another company. These policies are available from $480 and upwards annually.

Based on the reports and images out of Houston, and now across South Florida as a result of Hurricane Irma, it’s recommended South Florida homeowners ensure they have wind and flood insurance.

It’s also advisable that people who rent properties have home-owner rental insurance. If the property they rent is damaged by a hurricane, and the furniture and contents are ruined, tenants will incur significant losses if the contents are uninsured. Fortunately, rental insurance is not too expensive.

Before Irma, a hurricane hadn’t hit South Florida since Hurricane Wilma in 2005. This caused some residents to lapse into complacency and carelessness. There are several homeowners in the region without property insurance coverage if their house is mortgage free. This is financially nonsensical and irresponsible.

It usually takes years to acquire a house, and adequately furnish it. It’s a fact that South Florida residents live in a zone susceptible to vicious hurricanes. Homeowners and renters should not expose themselves to potential homelessness by not having their property adequately. It must be borne in mind that the 2017 hurricane season continues until November 30. insured.

Those whose property is uninsured should try and remedy this. This insurance premium should be budgeted as an inescapable expense for every household in the region. 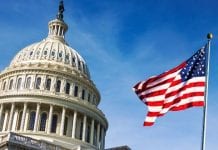 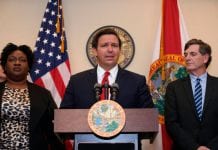 Level With The People, Lives Are At Stake