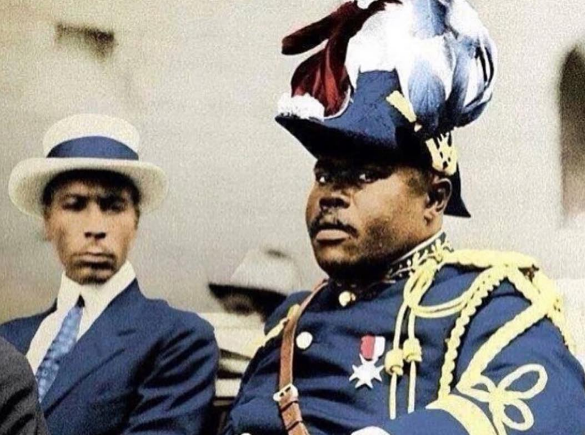 LAUDERDALE LAKES, Florida – August 17, 2019, marked the 132nd anniversary of the birth of Marcus Mosiah Garvey, Jamaican National Hero, and global black liberator. However, it’s a real shame that despite Garvey’s remarkable influence on black history, many Caribbean people have very little knowledge of his significant contributions.

It is important to note that Dr. Martin Luther King, Jr. and Malcolm X, who may be more familiar to some, were greatly influenced by Garvey’s philosophy in the 1930s and 40s, as he sought to motivate black people to claim their place in the world as a “mighty race.”

Today, the prophetic words of Garvey seem more relevant than ever and maybe just the jolt Caribbean—and black people in general—need to reclaim our identity and seriously tackle the challenges they face.

As Garvey profoundly puts it, “If you have no confidence in self, you are twice defeated in the race of life.”

In recent years, the confidence of the Caribbean migrant community seems to be fading, especially amid unfavorable policies in the USA and other countries they call home. Soon, immigrants who receive any kind of public assistance such as Medicaid, food stamps, and subsidized housing may forfeit their ability to become U.S. permanent residents or citizens. But instead of languishing in this impediment, we should heed the words of Marcus Garvey and seek the confidence to persevere against the odds.

“A race that is solely dependent upon another for economic existence sooner or later dies. As we have in the past been living upon the mercies shown by others, and by the chances obtainable, and have suffered therefrom, so we will in the future suffer if an effort is not made now to adjust our own affairs.”

If there was ever a time for Caribbean people to adjust our affairs it is now.

In the Caribbean and the diaspora, personal and community ambition need to be reignited. Garvey called ambition “a burning flame…to want that which is worthwhile and strive for it. To go on without looking back, reaching to that which gives satisfaction.”

It’s possible the myriad challenges Caribbean people are facing in the U.S. can be solved with the burning flame of ambition. Black people, Garvey said, “have a right to their own action; therefore…let no other race influence you against your own.”

Unfortunately, since Dr. King’s death in 1968, the voice of the black race has struggled to be heard above the propaganda perpetrated for decades. But we must be careful not to be cowed by alternative views. Instead, we should write our own histories and tell our own stories, thereby controlling our own narratives.

No Choice but to Get Organized

The challenges faced by the Caribbean- and African-Americans seem daunting, but the power to overcome lies within these communities. To succeed, organized unity is essential. In this context, Garvey’s words again bear relevance: “The thing to do is to get organized; keep separated and you will be exploited, you will be robbed, you will be killed. Get organized and you will compel the world to respect you.” He also said, “When all else fails to organize the people, then conditions will.”

Currently, the political, social and economic conditions in the Caribbean and the diaspora require organized effort to overcome. But organization demands discipline and bravery—characteristics Garvey recognized when he said, “History teaches us no race, no people, no nation has ever been freed through cowardice, through cringing, through bowing and scraping, but all that has been achieved to the glory of mankind, to the glory and honor of races and nations was through the manly determination and effort of those who lead and those who are led.”

Revisiting the words and teachings of Garvey is the source of tremendous motivation in these trying times. His words reaffirm that black people mustn’t give in to stagnation but strive for their rights wherever they reside.

As society continues to meet out systemic inequities and continues its false narrative, every black man, woman and child should keep these words embedded in their consciousness: “The Black skin is not a badge of shame, but rather a glorious symbol of national greatness.”