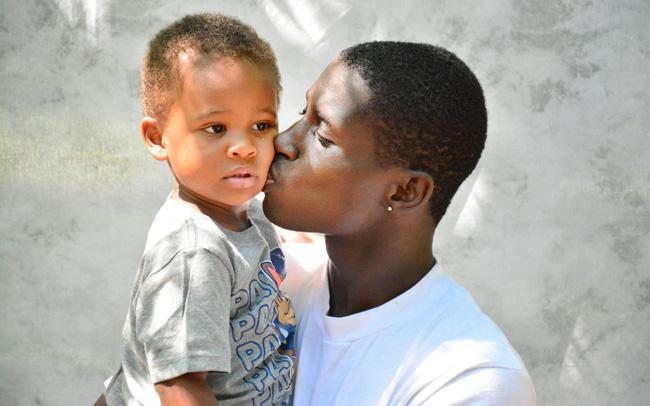 It’s customary for the commemoration of Father’s Day to pale in comparison with the hype and excitement that Mother’s Day brings. This unbalance doesn’t mean fathers are less loved or unappreciated than mothers, but is indicative of the continuous, growing matriarchal pattern of the society.

Years ago, a sociologist, Edith Clarke, wrote a very relevant book entitled “My Mother Who Fathered Me,” that highlighted the significance of the role of mothers in the Jamaican society, many of whom served as father and mother to their children. Sadly, that situation has not changed over the years, but if anything has worsened, as an increasing number of young men go about irresponsibly impregnating young women, then walk away. This has given rise to a growing breed of “sperm donors,” not fathers.

Innumerable words and pages have been written about the irresponsibility of fathers towards their children. Courts in this and other countries are overcrowded with cases of mothers filing lawsuits against absentee, irresponsible fathers for child support. Yet, despite some harsh penalties meted out to these “deadbeat” fathers, the practice of father’s not supporting their children continues.

But, children need more than financial support from their fathers. A child, especially the male child, needs the emotional bonding that a father should be giving.

Several sociologists have determined that a primary reason for the preponderance of crimes in developing countries, and the inner cities of most developed countries is the absence of a father figure in the home. It is usually difficult for mothers, most of whom work away from home, to be able to provide the required emotional support plus enforce discipline over her children. The male child, in particular, as he grows older, in the absence of that father figure, seeks to bond with his peers, spend more times on the street, graduating into gangs, and too often serious anti-social activities. It is much easier for the child to succumb to peer pressure when there is no father figure around.

In this technologically advanced age, there is no reason for a man to not even try to make regularly contact with his child/children by phone, e-mail, or text. Often the father is separated from the child because of a split in the relationship with the child’s mother, but this is no excuse for the father to ignore the child. A group of young men and women interviewed on a recent Cable-TV program said they would have loved to be able to at least speak with their father once in a while, and get his opinion and advice on certain aspects of their lives. One young lady spoke of the pain she feels of having a father and not ever hearing from him, although he lives in the same town as she does.

There are good fathers

But it would be a mistake to lump fathers generally into a negative category. There are good fathers, dedicated fathers who work winders to provide emotional and material support for their children. This is manifested in the growing trend where fathers are the ones acting as the stay-at-home parent while the mother go out to work. There are fathers within the South Florida community, and in the Caribbean, who work several jobs for long tiring hours for the primary purpose of providing for their women and children. There are men who through love act like fierce lions in protecting their child or children from unwarranted circumstances. But nonetheless, the selfishness and irresponsibility of some fathers has often overshadowed the responsible fathers.

In this real world, the incidences of young men, and men in general, fathering children will not decrease. That’s a fact of life. However, what must decrease is the blatant irresponsibility of fathers who simply walk away once they learn their female partner is pregnant, or ignore providing for the child as it grows and its needs increases. This is a sociological problem that still need to be firmly addressed.

There would be real progress if some fathers would seriously stop and consider that it takes two to responsibly raise a child, just as it takes two to create that child.

If a man creates a child, he must be sure to act as a father regardless of his circumstances.