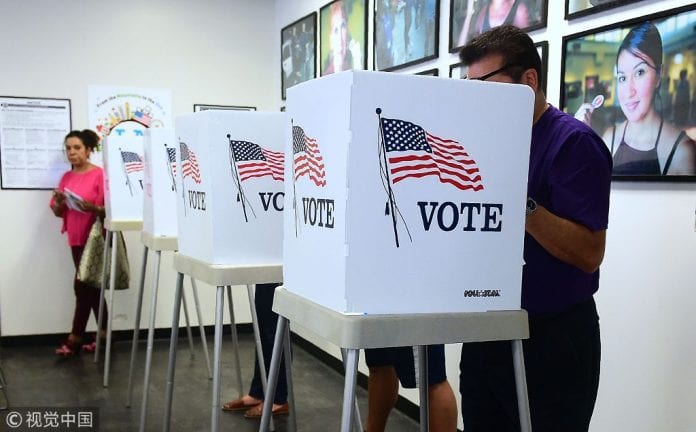 FLORIDA – As the cycle towards the 2020 U.S. general election gathers momentum, Americans are bombarded with frequent polls, which seem to indicate a high interest in this very divisive political climate. However, this may not translate into the massive voter turnout many are expecting, as the current environment is discouraging many voters, especially those under 35.

Information gleaned from conversations among various groups in the community, including students at a recent focus group held at a Miami-Dade college, is that turnout could be low, particularly among the youth.

There’s a growing sense that the extremely lengthy electioneering process is taking its toll on Caribbean-Americans accustomed to short election campaigns.

The consensus from the college focus group was that these general elections are a waste of time. The participants believe that for two-year periods, during the past several presidential campaigns, candidates compete aggressively, spending massive amounts of money and making lofty promises, but once elected are unable or unwilling to follow through. As one student said, “We are persuaded to vote to elect a president, who we later realize has limited power to fulfill campaign promises.”

People are seeing what they regard as the impotence of American presidents and their failed relationship with members on both sides of the U.S. Congress in the continued impasse on issues that affect the community most—immigration, healthcare and gun control reform.

Except for success achieved by President Barack Obama in the passage of the Affordable Care Act, and President Lyndon Johnson in establishing the Medicare and Medicaid programs in 1965, most presidents have failed to provide the majority of Americans with affordable healthcare.

Over the past 20 years, at least, every president has been frustrated in his attempt to get legislation passed to provide the nation with an immigration policy that addresses the status of millions of undocumented immigrants living in the U.S.

The last time the federal government passed laws that controlled the sale and use of guns was in 1994 under President Bill Clinton. No president, including Obama, despite their attempts, succeeded in persuading Congress to pass new legislation amidst repeated tragic incidents of gun violence over the past 25 years.

Its apparent voters are not only weary of voting for presidents, but also for members of the U.S. Congress and the Florida Legislature. “These people are worse. They come after our votes aggressively, but when they get elected, they forget we put them into office, and also forget our concerns.” For example, in the 2018 midterm elections,  Florida voters approved restoring voting rights to ex-felons. Now they are in a battle with the Republican-controlled Legislature, who is requiring that ex-felons pay all outstanding court fines to be eligible to vote. Many see this as an attempt to override the will of the voters.

It’s also apparent the current divisions in Washington—among people representing the same party, between the U.S. House and the Senate and between the president and Congress—are major demotivators to voters.

“Nothing is being done for the majority of people even when the people’s needs are staring elected officials in the face. So why bother to vote again?” was a comment repeated in the student focus group.

This sense of lack of confidence and frustration in elected officials also extends to the mainstream media.

People are making frequent reference to media coverage of the recent Democratic Party debates. Many believe that the mainstream media is pushing their preferred candidates based on the coverage they provide.

In a three-hour debate where several minutes were spent on crucial issues like health care reform, people are disappointed that for days, the media’s overwhelming focus was Julian Castro’s attack of former Vice President Joe Biden for what Castro implied was an age-related memory lapse. “The media is more concerned to highlight ‘gotcha’ moments than the issues put forward by the candidates,” was one comment.

The perceived mood among voters in the Caribbean community, particularly the youth, is indicative that candidates from whichever political party could have their biggest challenge convincing voters to turn out next year.

People are frustrated and becoming increasingly apathetic at what they regard as lack of meaningful action by federal, state and local governments.

With all the media hype currently on the 2020 general elections, there’s a risk that the hopes of several potentially worthy candidates could be thwarted by low voter turnout.

To realize the sea-change America expects in 2020, candidates, especially those seeking the presidency and seats in Congress, must work diligently to convince voters more than ever.